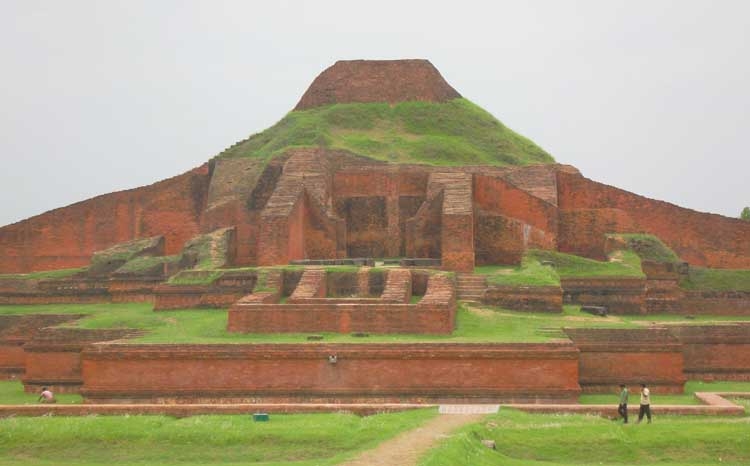 Somapura Mahavihara is an 8th century Buddhist monastery and an important archaeological site located in Paharpur. It is one of the five great mahaviharas, (meaning great vihara or large monastery) which were established in ancient Bengal during the Pala period. All were interlinked to form a network, and Somapura Mahavihara is the largest amongst these ancient Buddhist establishments. 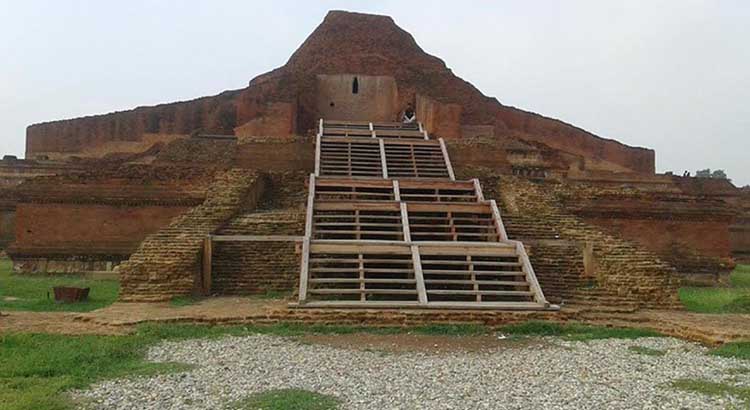 Epigraphic records testify that the cultural and religious life of this great Vihara, were closely linked with the contemporary Buddhist centres of fame and history at Bodhgaya and Nalanda, many Buddhist treatises were completed at Paharpur, a centre where the Vajrayana trend of Mahayana Buddhism was practicedIt is also one of the best known Buddhist monasteries in the Indian subcontinent with the complex covering more than 20 acres (85,000 square meters).
With its simple, harmonious lines and its profusion of carved decoration, it influenced Buddhist architecture as far away as Cambodia. The Somapura Mahavihara is important to the three major historical religions in the region, serving as a center for Jains, Hindus, and Buddhists. 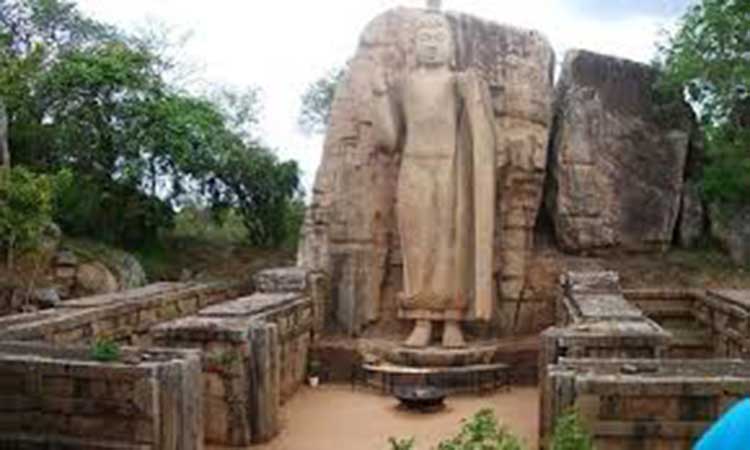 The structure of the complex is quadrangular and the elaborate entrance to the vihara lies on the northern side of the complex. Each of the four sides is 922 feet (281 meters) long, built around a massive inner courtyard that houses a large number of shrines and stupas of different shapes and sizes along with terracotta plaques, inscriptions, ceramics, coins and stone sculptures.
The outer walls of the monastery are formed by 177 cells that face inwards toward the main shrine at the center of the courtyard. The central shrine has a cruciform ground plan and a terraced superstructure that rises in three terraces to a height of about 70 feet (21 meters). At the base of the shrine, more than 60 stone sculptures depict a variety of Hindu divinities.
The relationship between Indian and Southeast Asian architecture is evident - this is the only temple in the Indian subcontinent similar to those in Southeast Asia, where the style has become the standard.