What is Taj Mahal? 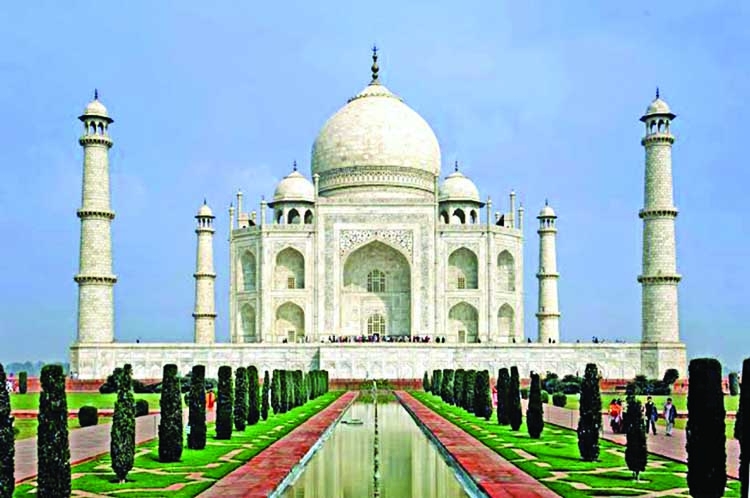 The Taj Mahal is a beautiful white marble mausoleum in the city of Agra, India. It is widely considered to be one of the greatest architectural masterpieces in the world and is listed as one of the New Seven Wonders of the World. Every year, the Taj Mahal receives visits from between four and six million tourists from all over the world.  Interestingly, less than 500,000 of those visitors are from overseas; the vast majority are from India itself.
UNESCO has designated the building and its grounds as an official World Heritage Site, and there is much concern that the sheer volume of foot traffic may have a negative impact on this wonder of the world. Still, it is hard to blame people in India for wanting to see the Taj, since the growing middle class there finally has the time and leisure to visit their country's great treasure.
WHY WAS IT BUILT?
The Taj Mahal was built by the Mughal Emperor Shah Jahan (r. 1628 - 1658) in honor of the Persian princess Mumtaz Mahal, his beloved third wife. She died in 1632 while bearing their fourteenth child, and Shah Jahan never really recovered from the loss. He poured his energy into designing and building the most beautiful tomb ever known for her, on the southern banks of the Yamuna River.
It took some 20,000 artisans more than a decade to build the Taj Mahal complex. The white marble stone is inlaid with floral details carved from precious gems.
In places, the stone is carved into delicate vined screens called pierce work so that visitors can see into the next chamber. All of the floors are inlaid with patterned stone, and incised painting in abstract designs adorns the walls. The artisans who did this incredible work were supervised by an entire committee of architects, headed by Ustad Ahmad Lahauri. The cost in modern values was about 53 billion rupees ($827 million US).  Construction of the mausoleum was completed around 1648.

THE TAJ MAHAL TODAY
The Taj Mahal is one of the loveliest buildings in the world, combining architectural elements from across the Muslim lands. Among the other works that inspired its design are the Gur-e Amir, or the Tomb of Timur, in Samarkand, Uzbekistan; Humayun's Tomb in Delhi; and the Tomb of Itmad-Ud-Daulah in Agra. However, the Taj outshines all of these earlier mausoleums in its beauty and grace. Its name literally translates as "Crown of Palaces."
Shah Jahan was a member of the Mughal Dynasty, descended from Timur(Tamerlane) and from Genghis Khan.  His family ruled India from 1526 to 1857.  Unfortunately for Shah Jahan, and for India, the loss of Mumtaz Mahal and the construction of her amazing tomb utterly distracted Shah Jahan from the business of governing India.  He ended up being deposed and imprisoned by his own third son, the ruthless and intolerant Emperor Aurangzeb.
Shah Jahan ended his days under house arrest, lying in bed, gazing out at the white dome of the Taj Mahal.  His body was interred in the glorious building he had made, beside that of his beloved Mumtaz.Kallie Szczepanski is a historian who has spent more than five years living in Asia, and has traveled extensively in twelve Asian countries.
www.thoughtco.com 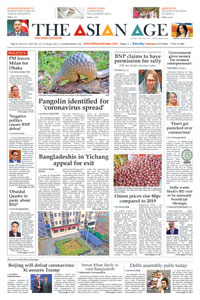