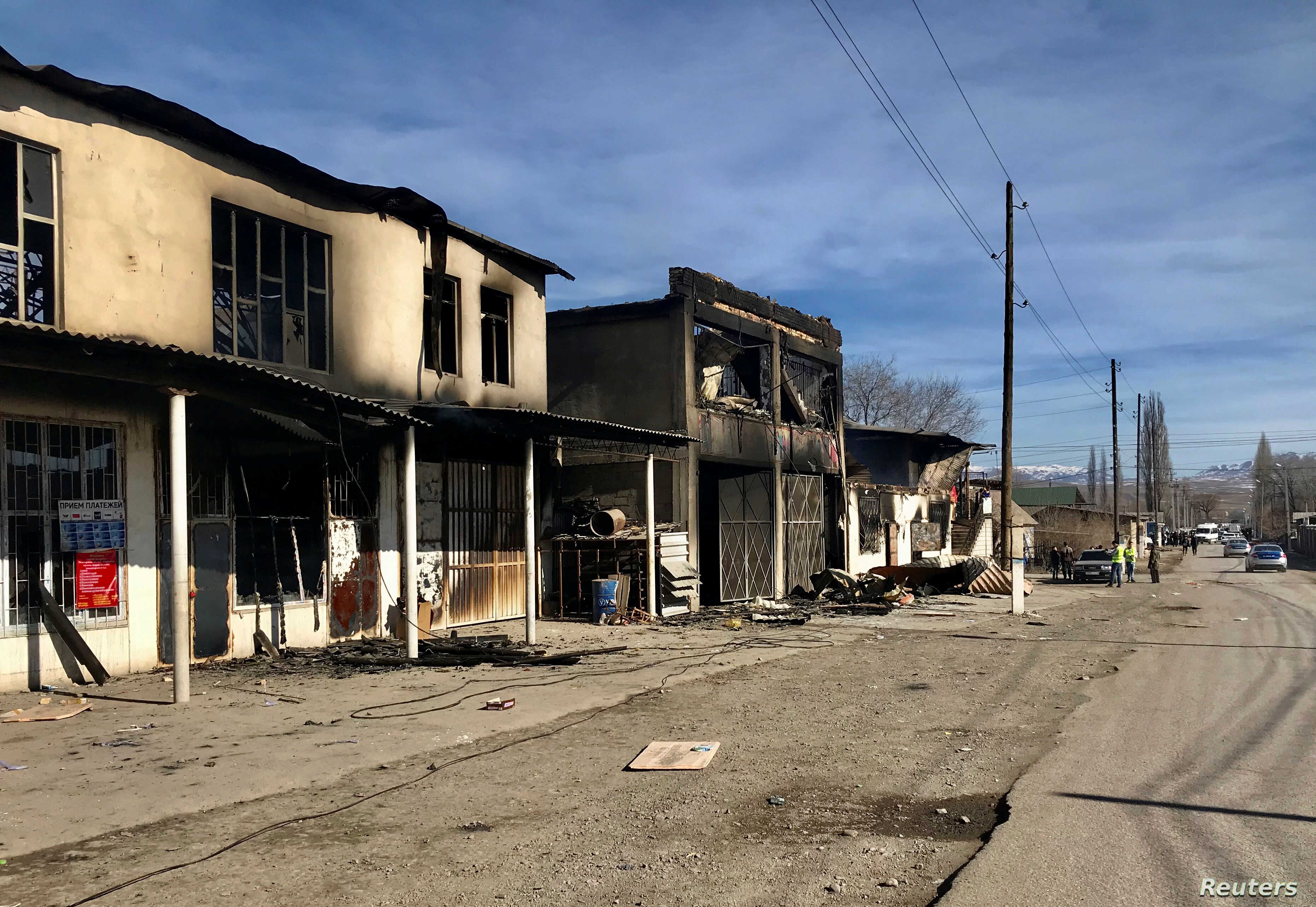 Eight people were killed, dozens hurt and property burned during clashes in southern Kazakhstan, prompting concern on Saturday from authorities who portray the country as a beacon of stability.
Kazakh President Kassym-Jomart Tokayev held an emergency government session on Saturday to tackle Friday’s violence in an ethnically-mixed pocket of the Jambyl region, near the border with Kyrgyzstan.
A commission of enquiry was also set up.
“Eight died, more than 40 were injured” in the clashes, Interior Minister Yerlan Turgumbayev said in the capital Nur-Sultan.
An AFP journalist who visited Masanchi – one of the villages where clashes took place – said few people were out walking on streets lined by smouldering houses as fire crews put out the remaining fires.
Some residents could be seen gathering belongings from houses partly destroyed by fire as they prepared to leave the village, which is under the guard of police and special forces.
The clashes that saw 47 people detained occurred close to the Kyrgyz border where an AFP journalist saw over a thousand people queuing to get into oil-rich Kazakhstan’s poorer neighbour.
Border authorities were only letting women and children through, he said.
Kyrgyzstan’s health ministry said that a hospital in the city of Tokmak close to the border admitted 18 patients following the clashes, 10 of whom were still being treated.
President Tokayev said the fighting that subsided overnight occurred in a number of settlements in the Kordai district of Jambyl region.
“Unfortunately there are injuries and fatalities. I express my sincere condolences to the close ones of those who died,” Tokayev said during the emergency session.
A government commission set up to “determine the reasons for the conflict, decide questions of a socioeconomic and humanitarian character, and determine the scale of the damage” arrived in the area on Saturday.
Deputy Prime Minister Berdibek Saparbayev visited a hospital in Korday and pledged that “the guilty will be punished.”
“The main question now is ensuring stability, the law and security in the region,” he said in comments published on the prime minister’s website. - AFP