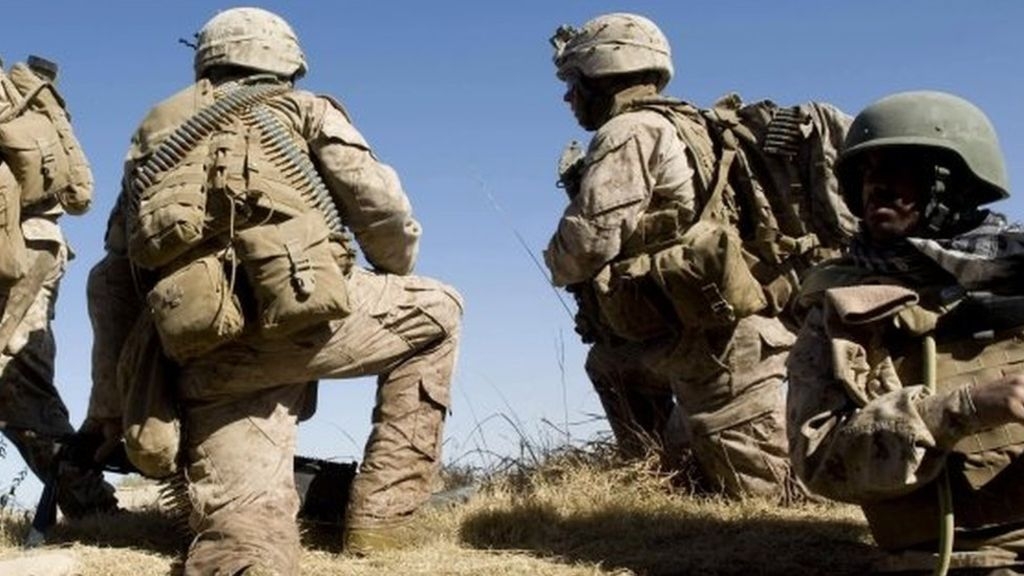 Two US soldiers have been killed and six injured in an attack in eastern Afghanistan, the US military has said.
"Current reports indicate an individual in an Afghan uniform opened fire on the combined US and Afghan force with a machine gun," Col Sonny Leggett said.
The spokesman said the attack was in Nangarhar province on Saturday.
Some 13,000 US troops remain in Afghanistan after the US intervention to oust the Taliban following the 11 September 2001 attacks.
"We are still collecting information and the cause or motive behind the attack is unknown at this time," Col Leggett said in a statement.
During a visit to American troops in Afghanistan last November, US President Donald Trump pledged to "substantially" reduce troop numbers.
The Taliban now control more territory than at any point since they were ousted in 2001.
Peace talks between the US and the militants have stalled in recent months.