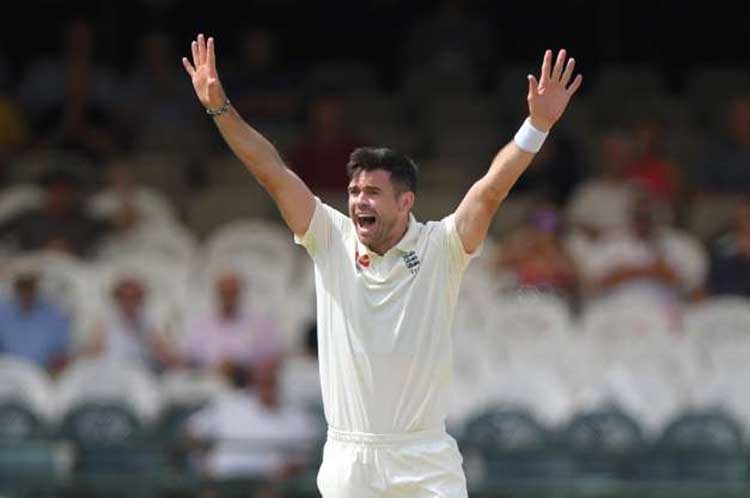 James Anderson has told England's selectors he wants a seat on the plane to Sri Lanka next month. England's record wicket-taker says he has recovered fully from the broken rib he sustained during the second Test victory over South Africa in early January. That blow forced him to miss the third and fourth Tests, both of which England won to tie up a 3-1 series success. Anderson, 37, hopes England pick him for the two-Test trip to Sri Lanka, even though he has struggled at times on tour against the Lions, in conditions not conducive to the Lancashire paceman masterful seam and swing.
A man who had travelled to Wuhan -- the central city at the heart of China's coronavirus crisis -- was surprised when police showed up at his door after he returned home, asking to check his temperature. The man, who had quarantined himself at home in Nanjing, eastern Jiangsu province, said he had not told anyone about his recent trip to the city. But by trawling through travel data from Wuhan, local authorities were able to identify him and dispatch officers to his home last week, according to a newspaper article posted by the Nanjing government. As Chinese authorities race to contain the spread of a new virus, which has infected more than 30,000 people and killed more than 600 in China, Beijing is turning to a familiar set of tools to find and prevent potential infections: data tracking and artificial intelligence.
Russian President Vladimir Putin hosted the leader of Belarus Friday for another round of difficult talks on closer integration amid mounting Russian economic pressure on its ex-Soviet ally. Belarusian President Alexander Lukashenko has accused the Kremlin of flouting its obligations on energy supplies while trying to strong-arm him into a closer alliance. The two leaders smiled broadly and chatted about the weather but didn't make any remarks on substance as they sat down for talks at Putin's residence in Russia's Black Sea resort of Sochi.

The Kremlin has argued that Belarus, which relies on Russia for most of its energy needs, should accept greater economic integration if it wants to continue receiving Russian resources at subsidized prices.
The Internet has been abuzz with speculations about Bollywood actor Varun Dhawan and his ladylove Natasha Dalal's marriage date and venue. Although the couple or their families haven't issued any official statement, various media reports have conveyed insights by means of sources close to the lovebirds. Earlier a report in SpotboyE stated that Varun and Natasha might tie the knot in summer of 2020 and the wedding ceremony would happen in Goa. In the recent developments following the report, WeddingSutra.com stated that the nuptials have been confirmed for May 2020 and could take place at a five star resort in Thailand.