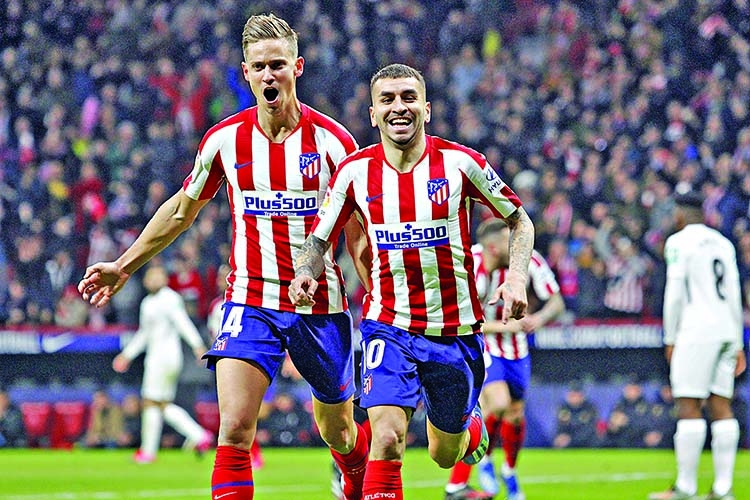 Atletico Madrid's Angel Correa (R) scored the only goal of the game in the sixth minute. -Twitter
Atletico Madrid won for the first time in four games on Saturday thanks to a 1-0 win over Granada that moved them into fourth place in La Liga, as Getafe continued their surprising charge towards Champions League football.
Argentinian forward Angel Correa scored Atletico's only goal in the sixth minute at the Wanda Metropolitano, netting for the fifth time in nine matches.Atletico had goalkeeper Jan Oblak to thank for preserving the three points with a superb save from Roberto Soldado's crafty second-half backheel.
Diego Simeone's side could be overtaken on Sunday by Sevilla, who visit Celta Vigo, but the coach welcomed the return to form for a side who must face holders Liverpool in the last 16 of the Champions League later this month."We needed to win. Our stadium's support was extraordinary, we needed that energy," Simeone said.
Getafe took another step towards Champions League qualification as Jorge Molina scored twice in a sensational 3-0 win over fellow top-four contenders Valencia. The 37-year-old Molina capped a storming performance with two goals in the second half before Jaime Mata added a third with three minutes left, after Valencia's Alessandro Florenzi had been sent off.
---AFP, Madrid