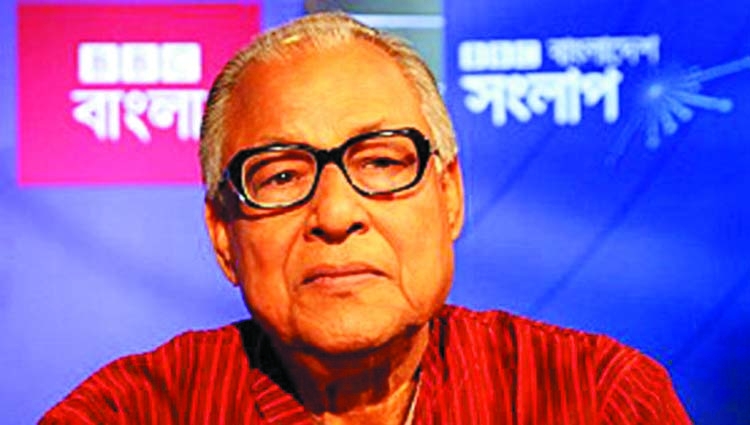 Chief coordinator of the BNP-led 20-party alliance Nazrul Islam Khan on Sunday said they want to get Khaleda Zia freed by any means."All efforts are underway for the release of our alliance chief Khaleda Zia.
We've tried to free her through the legal process. The administration can take steps for her proper treatment, but they're not doing that. We're in touch with the government and we've also different action programmes to get her freed," he said.
Speaking at a protest rally, Nazrul further said, "We'll surely take the process and path through which it will be possible to ensure Khaleda Zia's release in the days to come, and the 20-party alliance will be involved in that process." The 20-party alliance arranged the programme at Dhaka Reporters' Unity demanding Khaleda's release from jail, marking her second anniversary of imprisonment, reports UNB.

Nazrul, a BNP standing committee member, said their alliance will also work out programmes to mount pressure on the government to free the BNP chairperson.He said the government should not deprive sick Khaleda Zia of the rights she deserves, and ensure her proper treatment.

"We know she didn't commit any crime. So we don't want the government to forgive her offence. But we expect humanitarian and democratic behaviour from it, and there are many examples of public reaction in the world when a government doesn't show such behaviour," the BNP leader said.He said they want to wage a movement through a democratic way to have Khaleda freed from jail.

The BNP leader also regretted that they still could not carried out such a movement which actually needs to force the government to release their party chief from jail.About the recent city polls, he said it has exposed how people are losing interest in voting as the government has destroyed the election system and people's confidence in it. "Elections now have become a matter of panic instead of a festival."