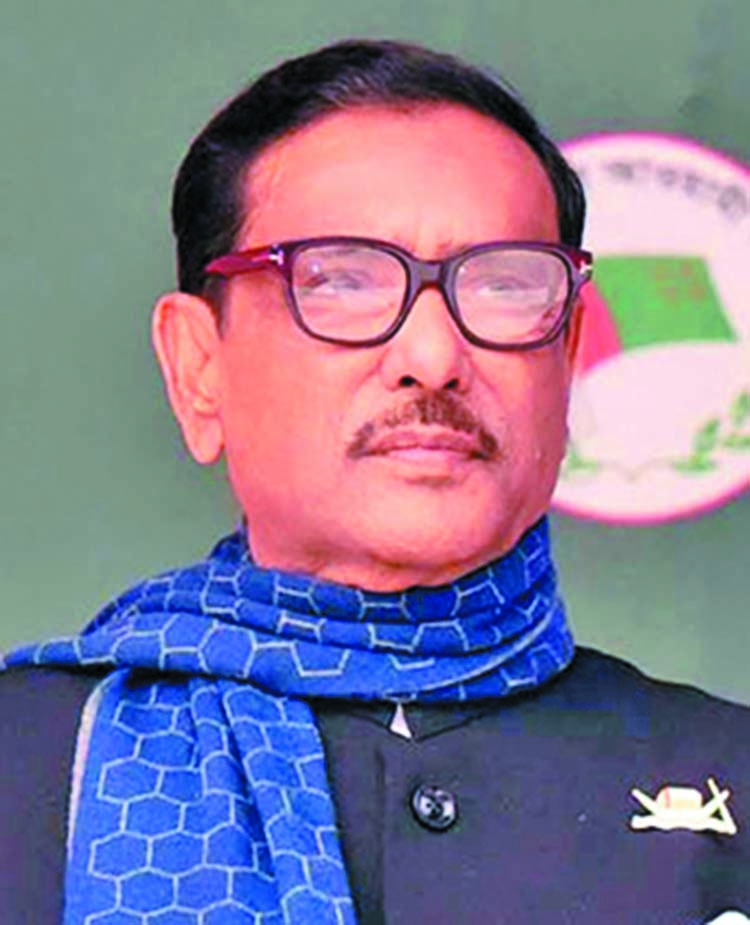 Referring to Gonoforum President Dr Kamal Hossain's comments about overthrowing the government, Awami League General Secretary Obaidul Quader on Sunday said he is badmouthing instead of talking in political language.
"Not only politicians but also the people of the entire country got hurt at his comments. The comment to kick the government out of power is a street slang, not the political language," he said. Quader, also road transport and bridges minister, was talking to reporters after inaugurating three newly-renovated bridges in Gazaria, Munshiganj, reports UNB.

In reply to a query from reporters about the release of BNP Chairperson Khaleda Zia, he said, "The case where Begum Zia was convicted is not a political one. So, there's no scope of releasing her on political consideration."

The ruling party leader also warned that if BNP resorts to anarchy and arson attack in the name of movement to free Khaleda Zia, this will be dealt with an iron hand.The minister inaugurated the renovated Kanchpur, Meghna and Meghna-Gomti bridges.