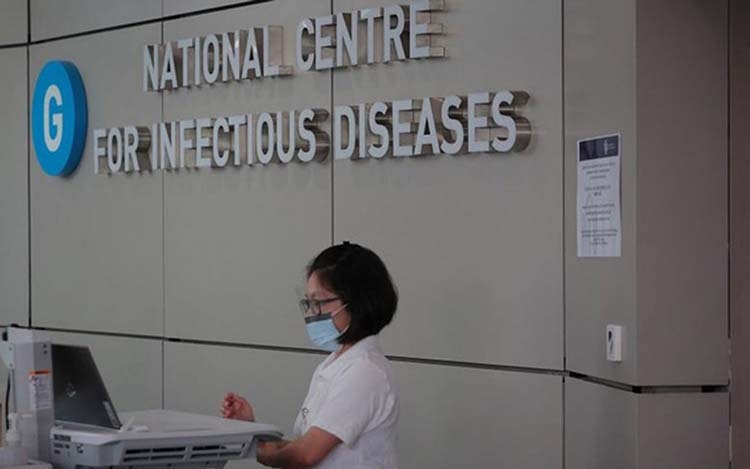 Photo: The Straits Times
A Bangladeshi migrant worker is among the 43 coronavirus cases confirmed in Singapore.The 39-year-old Bangladeshi work pass holder was warded in an isolation room at the National Centre for Infectious Diseases or NCID, the Singapore Ministry of Health said.
His symptoms surfaced on Feb 1, he went to a general practitioner clinic on Feb 3, and Changi General Hospital on Feb 5, according to The Straits Times.He was admitted to the intensive care unit at Changi Hospital after a follow-up appointment at Bedok Polyclinic on Feb 7, the newspaper said.
He was confirmed to have the disease on Saturday afternoon, and was then transferred to the NCID.Before being hospitalised, he had visited Mustafa Centre in Little India, and stayed at The Leo dormitory in Kaki Bukit, according to the report.
He is the first Bangladeshi to have been diagnosed with the disease that has killed more than 800 people in China surpassing the deaths in the 2002-03 Severe Acute Respiratory Syndrome or SARS.Bangladesh has brought back 312 of its nationals from China's Wuhan, the heart of the deadly outbreak.
The government has also scrapped its plans to evacuate 172 others from the locked down Chinese cities due to the authorities' failure to arrange any flight amid the coronavirus scare.But none of the Bangladeshis in or from China have tested positive.