10 ways to conserve money, time and energy around the house 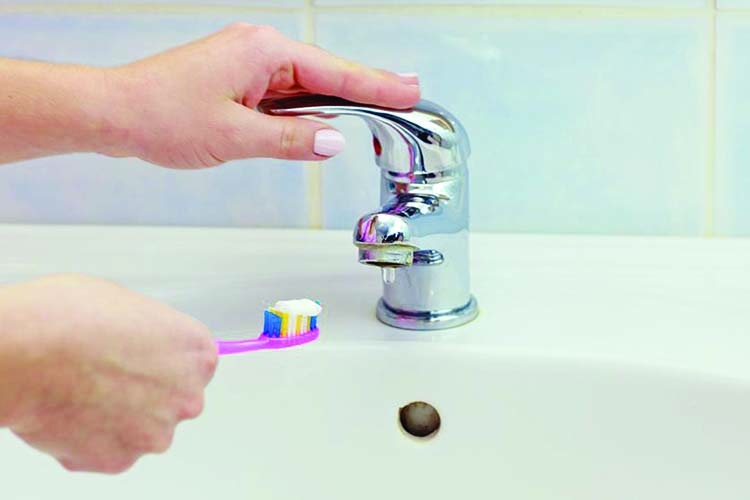 We all want to be savers, don't we? Savers of money, energy, water, time, resources … it seems endless. Some of us spend days on end trying to achieve all of these goals at once, which can be exhausting - and sometimes impossible.
When you're just trying to keep a clean, organized home without losing your mind, here are some small but significant steps you can take that won't derail your efforts to be kind to the earth.
Stop preheating your ovenAt least not every time. According to the food experts at Epicurious, you only need to preheat your oven if the food you're cooking requires an immediate burst of heat. These include breads, cakes or anything with flour and/or eggs.
But, if it doesn't, there's no need to preheat (or really just heat, because the pre- is implied, grammatically speaking. And we speak grammatically a lot here.). Whipping up a casserole, roast or sheet pan dinner? Just fire up the oven and throw it in. Not only does that save time, it also uses less energy.
Go led with your lightingThere are several benefits to switching to energy-efficient light bulbs. One of them is saving money - though the upfront cost might be more than traditional bulbs, the average savings on LED bulbs is $75 a year, according to the U.S. Department of Energy.
Plus, you won't be spending nearly as much time changing burnt-out bulbs as you used to: LED bulbs can last years or even decades, depending on the type you buy. Just make sure the bulbs you purchase include the Energy Star label. Don't feel guilty about using paper plates
On those days when you're out of patience and low on time, don't beat yourself up if you have to use disposable paper plates, cups and cutlery instead of your dishwasher - especially if you're hosting a large crowd. After all, according to the Washington Post, Americans waste up to a trillion gallons of water every year.
Although the Department of Energy requires that dishwashers use no more than 5 gallons of water per cycle and 307 kwh/year, that's still quite a lot of water (and energy) to use every day. Using paper plates (in moderation, of course) reduces your water usage and saves energy. And as a bonus, if your city offers curbside recycling, your paper plates may qualify.
Update your insulationAll that work you're doing to save energy in your home could go to waste if it's not properly insulated. If you can't insulate the whole house at once, pay special attention to the attic and roof; it reduces air flow from outside.
Walls and floors do so, too, but if you can't afford to do it all, start with the top first. By updating your insulation, you're not only saving money on utilities every month; you're also making it easier to control the temperature in your home.
Don't run your ac constantlyAs the weather starts to warm, you might be thinking about the right time to turn on your air conditioner. You may already have done so; but did you really have to? AC units are among the most energy-expending appliances in your home.
According to the Energy Use Calculator, the average central air unit will use 3,000 to 5,000 watts of power every hour for about nine hours a day during the hotter months.
Using ceiling or box fans instead of your air conditioner, especially on transitional days when the temperature doesn't hit extreme levels and there's a comfortable breeze, is much more efficient and, like many energy-saving measures, it's a big money saver, too.
Turn off water when you're not using itAnd yes, that includes the two minutes you spend brushing your teeth. As we mentioned above, we waste up to trillion gallons of water every year in the United States.
Your mother was right: every drop truly does count when it comes to water usage. There are some great low-flow devices for showers and toilets, but if those aren't in the cards, you can simply conserve water by switching off the faucets when you're not using them.
Take showers, not bathsAccording to the U.S. Environmental Protection Agency, a full bathtub requires about 70 gallons of water, while taking a five-minute shower uses 10 to 25 gallons. Even if you don't fill the tub to the top (which you wouldn't, because that would be weird, and quite messy), baths in most cases use more water than showers.
Use your slow cookerSlow cookers are great for so many reasons: if you're short on time, simply throw in a meal in the morning, and with literally no effort, you've got dinner for the evening. No waiting for the machine to preheat (see above for more on that), no waiting for meat to defrost (just pop it in frozen, really), no following complicated recipes.
And if that weren't convenient enough, consider that a slow cooker can be up to 75% more efficient than a conventional oven, according to the EPA. If you don't have a slow cooker already, put it on your to-buy list pronto.
And your microwaveSame concept as No. 8, different appliance: microwaves use about half the energy of conventional ovens, according to Ovo Energy. Plus, there's the obvious speed benefit. But if you have to use the oven …Don't open it during cooking time. That will escape all that heat you built up, which is an obvious (but often overlooked) energy hog.

Emma Taylor is an author.
The article is presented by sponsor, Georgia-Pacific.