Scarlett Johansson among the bombshells on Oscars red carpet 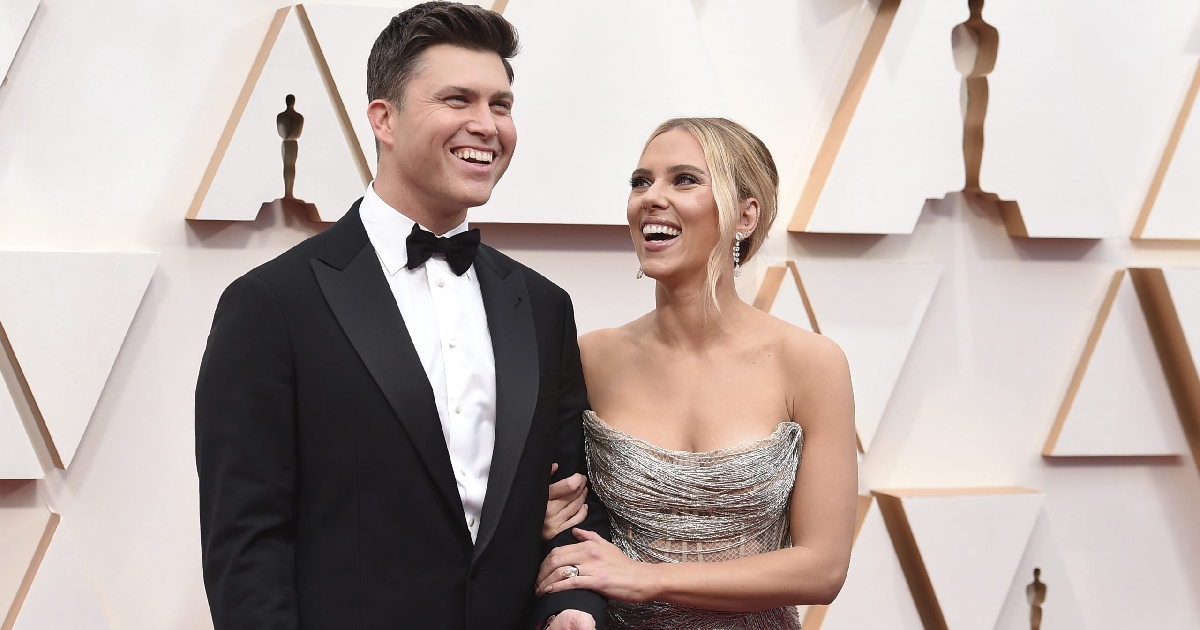 Scarlett Johansson showed up Sunday for her two-nomination night at the Oscars every bit the bombshell in a Champagne-colored Oscar de la Renta strapless gown embellished to the rafters, while fellow nominee Laura Dern brought her mom as she walked the red carpet in pale pink and black.
Spike Lee paid tribute to Kobe Bryant in a Lakers-purple jacket with the basketball star's 24 on its lapels, though a majority of men went for classic black tuxedos from a slew of top designers.
Dern told The Associated Press that her dress was Armani. The designer also dressed her for first Oscars back in the early '90s, when she also attended with her mom, Diane Ladd.
"It feels really special," Dern said. "I'm very grateful to them."
While pink has dominated this awards season, a range of colors were plentiful at the Oscars. Princess and other classic silhouettes were the norm as fewer stars took fashion risks. Janelle Monae was an exception, as usual, in a stunning Ralph Lauren silver dress with a hood, long sleeves and about 170,000 Swarovski crystals. A majority of men went for classic black tuxedos from a slew of top designers.
Another queen of the carpet: "Little Women" nominee Florence Pugh in a tiered gown in a standout shade from Louis Vuitton.
"It changes in different light," she said. "Sometimes it's green, sometimes it's blue. I feel like a Tinkerbell fairy. It's great."
Billie Eilish, her hair bright green, was all about Chanel in a fuzzy white button down and pants, not breaking with her tradition of wearing oversize looks.
"We gotta do Chanel," she said, pointing to the brand's baubles in her hair. "I don't know why. It was just the vibe."
Saoirse Ronan's look seemed confused. It had a purple skirt with a black and white top with an abundance of fabric at the waist. There was no such problem with Sandra Oh's ecru, embroidered gown by Elie Saab with floral swirls of tulle and touches of silver thread. It was belted with a bow and suited her to a T. Brie Larson was elegant in an embellished caped gown. Charlize Theron, a star of "Bombshell," also looked classic Hollywood in one-strap black, her hair swept back.
Natalie Portman went in another direction. Her Dior cape look was embroidered with the names of women who directed movies last year but were not nominated at the 92nd Academy Awards. Who are they? The names included Lorene Scafaria ("Hustlers"), Lulu Wang ("The Farewell"), Greta Gerwig ("Little Women"), Marielle Heller ("A Beautiful Day in the Neighborhood"), Melina Matsoukas ("Queen & Slim") Alma Har'el ("Honey Boy"), Céline Sciamma ("Portrait of a Lady on Fire") and Mati Diop ("Atlantics")
The "Joker" star and run-away award winner this season, Joaquin Phoenix, accessorized his black tux with something he seems quite fond of — dark sunglasses. He walked hand in hand with girlfriend Rooney Mara, who wore a gown with black lace details and cutouts.
Cynthia Erivo went for blonde bombshell in a white gown that hugged her up top and fell to a full skirt. Her short hair matched the one-strap look. Nominee for "Judy," Renee Zellweger, also went for white. Her body hugger had one shoulder with a long sleeve and ample sparkle.
Zazie Beetz wore two stunning diamond necklaces by Bvlgari with a custom Thom Browne look, and Billy Porter paid homage to the Cupola Room at Kensington Palace in a 24-karat bodice of gold feathers. Beetz, who co-stars in "Joker," sparkled in two pieces from Browne, her tight top fringed at the bottom. Her necklaces were in white gold, one with round diamonds and the other a choker with an oval emerald at the center.
The look was "very chic dominatrix," Beetz said, adding: "I'm really into corsetry. It's a very beautiful classic shape."
Also winning in the necklace department was "Little Women" director Greta Gerwig. Around her neck was a short necklace with seven emerald beads surrounded by diamonds by Bvlgari.
Porter's latest red carpet statement was custom, from British couture designer Giles Deacon. His orange silk ball skirt was printed with touches paying homage to the Cupola Room at Kensington Palace. It was the first of several looks for the "Pose" star at the Dolby Theatre.
Norwegian singer Aurora showed up in loose pants with a tunic top and red accents. Atop her head was a crown-like head piece in a flower design with touches of green and pearl.
Kaitlyn Dever, from "Booksmart," wore an eco-conscious strapless Louis Vuitton gown in red.
"There's a lot of change to be made," she said of saving the planet.
The company said the custom silk satin look embroidered with Swarovski crystals and glass beads is "ethical" and "eco-responsible."
Regina King went full Hollywood in a one-strap pink gown that showed off a perfect fit. Julia Butters, the 10-year-old who appeared in "Once Upon a Time... in Hollywood," wore a perky shade of pink from Christian Siriano — it was custom — with a matching bag,
Waad al-Kateab, co-director of the nominated, Syria-set documentary "For Sama," used her gown for some political messaging in Arabic. Her war film tells the stories of loss, laughter and survival in Aleppo.
The carpet kicked off with a blast of hard rain and cold just as Porter, Tamron Hall and others had arrived. Crazed staff ran around trying to keep the water off the tent with squeegees.