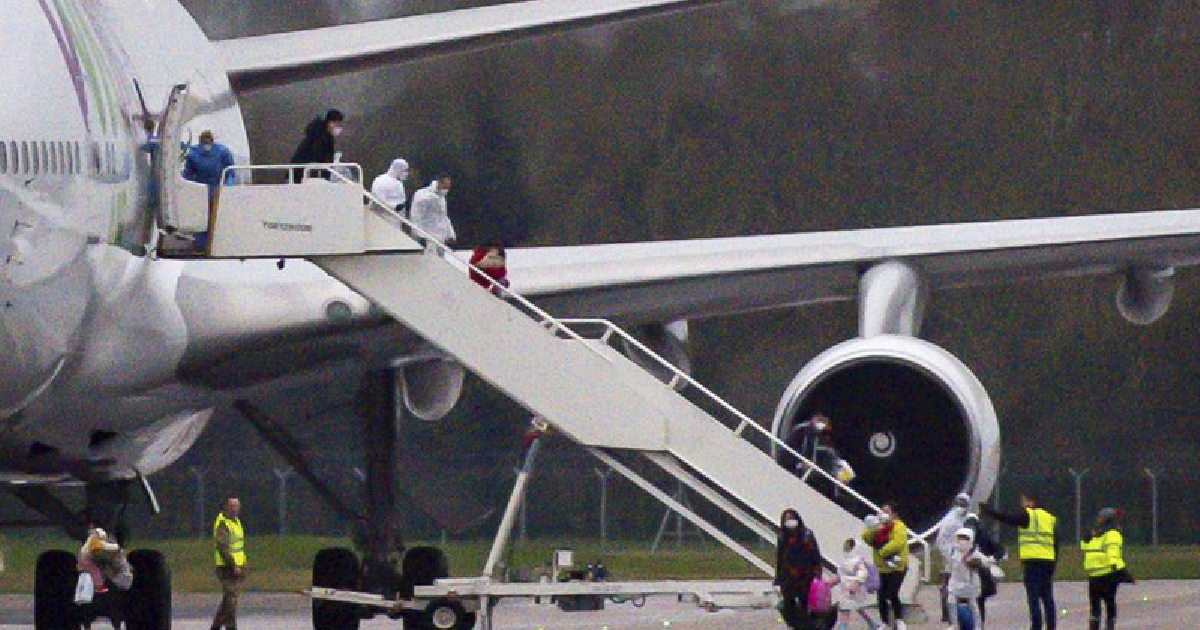 French medical authorities tested scores of children and their families Sunday for the new virus from China, zeroing in on a ski resort in the Alps that appeared linked to new infections in Britain and Spain.
The U.K. announced its fourth case of the new virus and Spain announced its second case Sunday, and officials said both infections were acquired during trips to France.
Five British citizens, including a 9-year-old boy, contracted the virus in the French Alpine town of Contamines-Montjoie after staying in the same chalet as a British traveler who had been unwittingly infected during a business trip to Singapore in January.
Six other British people staying in the chalet have all tested negative, according to the head of France's national health agency, Jerome Salomon.
Salomon told reporters that 45 children and family members in the area underwent tests Sunday, and none of the tests so far came back positive for the new coronavirus. As a precaution, authorities planned to close three local schools where the boy had spent time.
French Health Minister Agnes Buzyn visited the ski resort Sunday and sought to reassure residents and tourists, saying they can "live normally" there because there's a "very weak risk" of catching the virus.
But the fact that the British business traveler could infect others days later in the French Alps without knowing it underscored the potential for the outbreak to spread further.
The new coronavirus cases reported Sunday brought the total in Europe to 39 infections in nine countries. European authorities acted to contain the spread of the virus by tracking down people who had come into contact with those infected, in any country.
Italian health authorities in Tuscany were trying to re-trace the steps of a Taiwanese couple who stayed four days in a Florence hotel. They  flew to Hong Kong and then to Taiwan on Feb. 1 and were later confirmed to have the virus.
The new British case is a known contact of a previously confirmed case there, U.K. Chief Medical Officer Professor Chris Whitty said, adding that "experts ... continue to work hard tracing patient contacts."
In Spain, authorities were working to identify everyone who came into contact with a British man whose case was detected in Mallorca, a popular vacation island in the Mediterranean Sea, Spain's National Microbiology Center said.
The man, who lives on the island, contracted the virus at the end of January at a French ski resort, according to Fernando Simón, head of Spain's Coordination Center for Health Alerts and Emergencies. H e did not say whether it was Contamines-Montjoie, but the only other cases of the virus in France are in Paris and Bordeaux, nowhere near ski resorts.
The man, who was not identified, is healthy but was being kept in isolation in Palma de Mallorca, Simón told a news conference in Madrid. His wife and two daughters tested negative.
In Britain, a plane evacuating more than 200 people from the Chinese city at the center of the epidemic landed Sunday at RAF Brize Norton. British officials said it brought back 105 British citizens and family members, as well as 95 European citizens and family members. In a carefully coordinated ballet of secure planes and buses, those passengers were distributed around Europe.
The British passengers were taken to a hotel-conference center in Milton Keys, where they will be quarantined for 14 days. Families will remain in isolation for the first 48 hours, but will have access to Netflix, magazines, books, baby equipment including highchairs, children's toys and games, mobile phones, and tablets for reading, games, and the internet.
Some 20 people from Germany on the British flight were taken to Berlin, along with another 17 European evacuees who were then transported on to Luxembourg, the Netherlands, Austria and Romania on special flights.
Thirty-five French citizens on the British flight were flown to southern France and were immediately taken into quarantine. The French government had already repatriated hundreds of Europeans and Africans from Wuhan.
Eight Italians on the British flight — including two babies — were flown to Italy and transferred to a Italian military hospital in Rome to be quarantined. Aboard the same flight to Italy were also seven Danes, three Swedes and two Greeks.
The virus death toll in China rose Sunday to 811, passing the number of fatalities in the 2002-2003 SARS epidemic, and officials said nearly 37,200 people have been infected there.