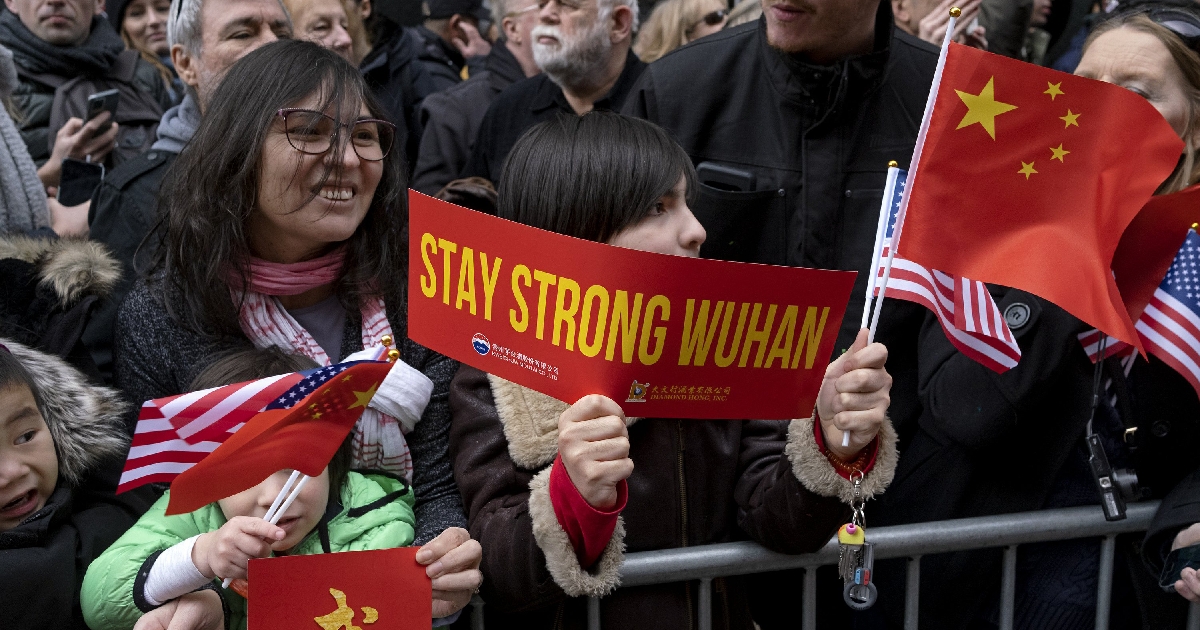 Signs of support for the Chinese city at the center of a global virus outbreak marked floats at the Lunar New Year parade in Manhattan's Chinatown on Sunday as brightly colored puppets made their way through the streets in front of crowds of onlookers.
A banner on one float read "Support Wuhan! Let's fight the virus together!" Another urged, "Wuhan stay strong."
Some of the paradegoers who filled the streets held signs expressing support for China, as well.
The coronavirus outbreak that started in China in December has killed more than 800 people and infected more than 37,000 people around the world, including 12 people in the U.S. No cases have been identified in New York City.
Those at the New York City parade largely weren't concerned.
"I'm not worried because there haven't been any confirmed cases in New York, as far as I know," said Diana Szeto, 24, in town to visit her mother and attending the parade for the first time. She considered wearing a mask, she said, but didn't care enough to go buy one.
David Youtz, 60, came from New Haven, Connecticut, to march in the parade along with four of his children, adopted from China.
"We want to have our kids involved in Chinese culture," he said. The virus wasn't getting in the way of that.
"In the U.S., there's very low reason for concern. ... We weren't worried at all."
This year marks the year of the rat, according to the Chinese zodiac, and some of the marchers in the parade dressed as rats to celebrate.