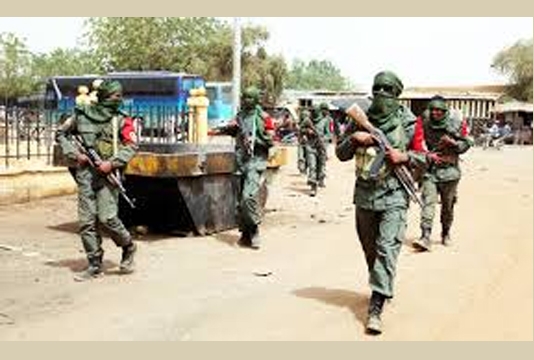 A senior officer in a pro-government Arab armed group was gunned down in northern Mali on Sunday, officials said, casting a shadow over efforts to reassert state control over the strife-torn north.
The killing comes as Mali’s army is due to redeploy to several cities in the north of the West African country, after rebels captured much of the vast semi-arid area in 2012.
Two unidentified assailants on a motorbike killed Yoro Ould Daha near Tamkoukat, in the north, said Moulaye Abdallah Haidara, the permanent secretary of the pro-government Arab Movement of Azawad (MAA).
Daha was the chief of staff of a branch of the MAA allied to the government in Bamako, according to officials, and was involved in implementing a peace deal between Mali and some rebel groups struck in 2015.
Among other things, the pact provided for former rebels joining the army, which would eventually return north.
Jihadists overtook the anti-government rebellion in 2012, and have since spread the conflict to central Mali and neighbouring Burkina Faso and Niger.
Despite the presence of foreign troops, the government has been struggling to contain the jihadist insurgency, which has killed thousands of soldiers and civilians.
Much of northern Mali remains outside state control.
But in a sign of renewed momentum, the Malian army said Friday that it would redeploy to the northern city of Kidal before February 10.
The army is due to return to Kidal with units comprised of regulars and former rebels — one of the key components of the 2015 peace plan.
These new units are also due to deploy to other northern cities such as Gao and Timbuktu after they reach Kidal.
Daha, the killed MMA officer, was associated with Gao.
He left the city on Sunday to check on his livestock, according to MMA member Aziz Ould Dida, before getting shot.
Ousmane Maiga, a local leader in Gao, said Daha’s body was in the town’s morgue where members of the local Arab community were also in attendance.