US funneling flights from China to 11 airports 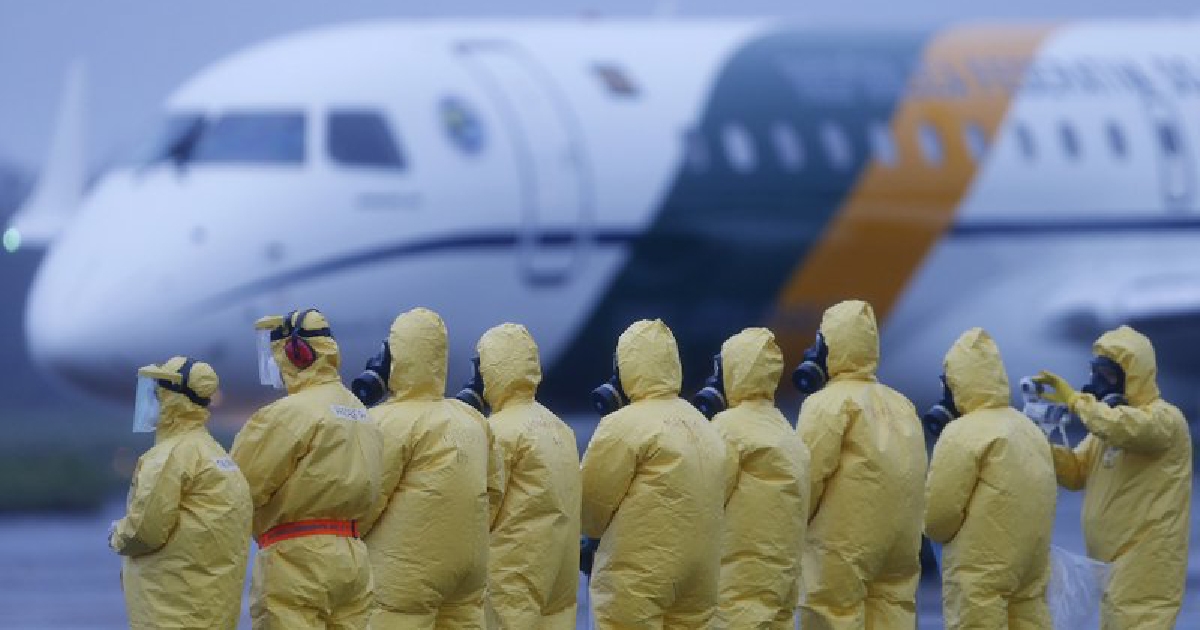 The acting head of U.S. Homeland Security says the U.S. is taking the necessary steps to protect Americans with a "multilayered strategy" at air, land and maritime ports of entry to stem the spread of the new virus.
Secretary Chad Wolf said on Fox News Channel's "Sunday Morning Futures" that the U.S. is now funneling flights from China to 11 airports, including any individual who has been in China in the last 14 days, to ensure they get medical screening and medical care. If needed, potentially affected individuals may be government-quarantined or self-quarantined.
Wolf said the three major U.S. air carriers over the past several weeks have all but ceased flights from China, so those incoming flights are mostly Chinese airlines carrying mostly U.S. citizens.
Wolf said the Coast Guard is monitoring cargo ships carrying crew who have been to China to make sure they are not carrying the virus. If any show symptoms, they won't be allowed in, he said.
"We're taking necessary precautions," he said.
The United Arab Emirates says one of the people infected with the new virus in the Arabian Peninsula nation has recovered.
The state-run WAM news agency announced Sunday night that 73-year-old Chinese national Liu Yujia tested negative for the virus.
WAM aired a video showing her, wearing a face mask, receiving flowers and meeting with Chinese Consul General Li Xuhang in Abu Dhabi and an Emirati health official.
That leaves six cases of the virus in the UAE, a federation of seven sheikhdoms home to Dubai.
The Emirati government has not offered details on where it is treating those infected with the virus. In Liu's case, WAM said the woman had been "treated at an isolation ward."
Five Chinese nationals and one Filipino remain infected with the virus in the UAE.
French medical authorities are testing hundreds of children and their families for the virus after a 9-year-old British boy who goes to school in the French Alps contracted it.
French Health Minister Agnes Buzyn visited the ski resort Sunday where five Britons were found to have the virus, Contamines-Montjoie, and tried to reassure residents and tourists that they can "live normally."
She said there's a "very weak risk" for the population at large, at least so far.
An 80-year-old Chinese tourist with the virus remains in intensive care in a Paris hospital, but authorities have "no particular worry" about the other 10 people in France with the virus, Buzyn said.
She said she talks to British authorities almost every day about the evolution of the virus.