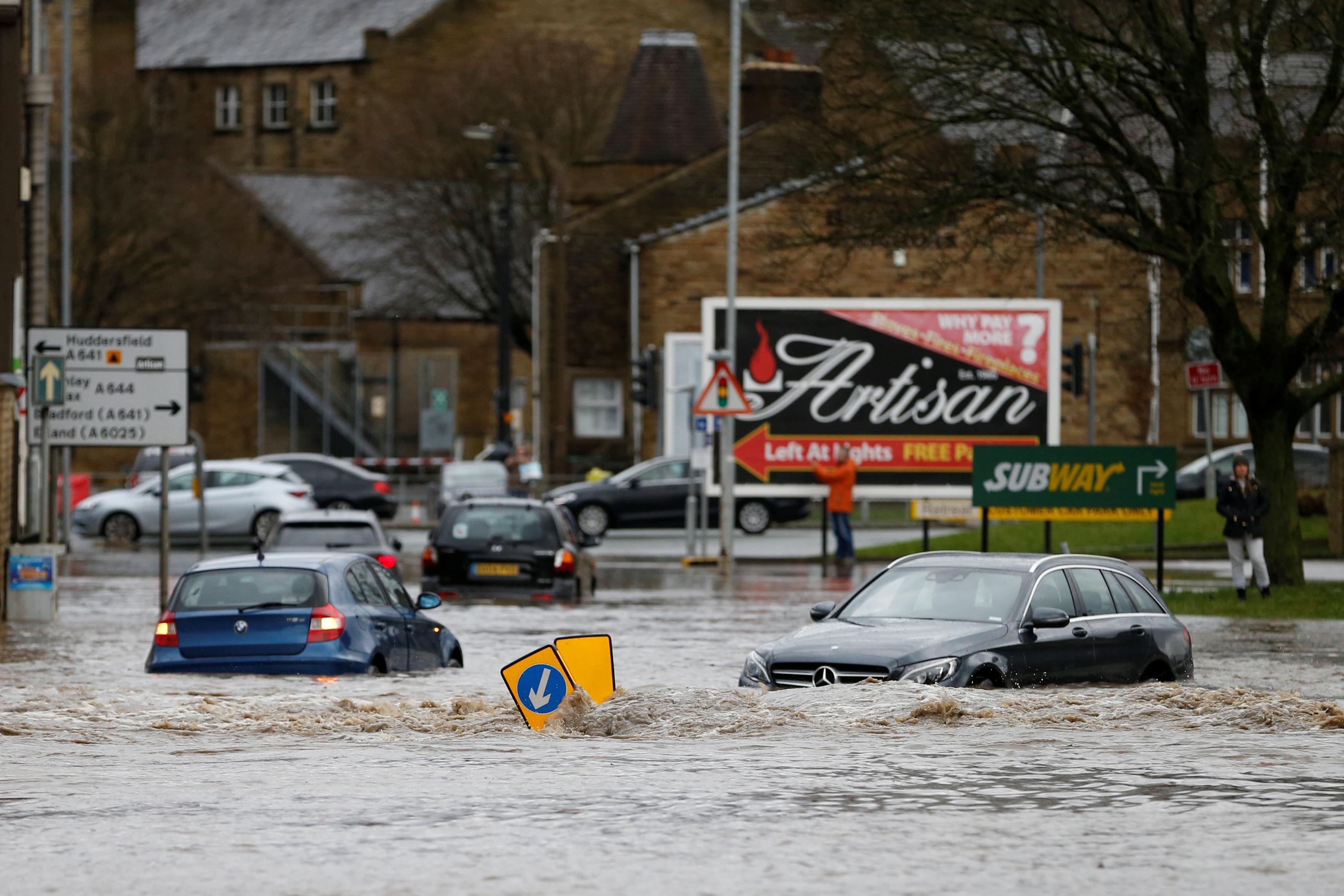 Storm Ciara lashed Britain and northern continental Europe with heavy rain and wind speeds that reached more than 90 miles an hour (145 kph) in places on Sunday, forcing the cancellation of hundreds of flights, train services and sports matches.
More than 200 flood warnings were issued across Britain, which recorded a maximum wind speed of 93 miles an hour at Aberdaron in Wales. One severe flood warning was put in place in Yorkshire, northern England, where water was predicted to overflow flood defences and potentially threaten lives.
The storm caused major disruption to transport across the region; in the Netherlands, around 240 flights to and from Amsterdam’s Schiphol airport, one of Europe’s busiest, were cancelled as Ciara roared in off the Atlantic with gusts of up to 74 mph (120 kph).
In Germany, where Ciara was named Sabine, about 180 flights to and from Frankfurt airport - about 15 per cent of all planned flights - were axed. Lufthansa, Germany’s largest carrier, said it would cancel short and long-haul flights from Munich airport on Monday until 1200 GMT and 1300 GMT, respectively.
Lufthansa’s budget unit Eurowings said it had suspended flight operations at Hamburg, Berlin, Hanover, Dortmund, Duesseldorf, Cologne and Stuttgart.
Meanwhile, some British domestic and international flights were also cancelled, from airports including Heathrow and Gatwick.
Train services also fell victim to Ciara’s wrath.
German railway operator Deutsche Bahn warned of severe disruptions and said it would stop long-distance train travel across Germany, Europe’s biggest economy, in the evening.
Britain’s Network Rail said the weather had caused problems across its network, with fallen power lines, trees and even trampolines blocking tracks, and warned people not to travel unless they had to.
Sport disrupted
All shipping movements in and out of Britain’s Port of Dover on the south coast were suspended and the Humber Bridge in northern England was closed to all traffic for only the second time since it opened in 1981.
London’s eight royal parks, home to more than 170,000 trees, were closed and even the changing of the guard at Buckingham Palace, a tourist draw, was also cancelled.
Sporting events were also hit; Manchester City said its English Premier League soccer match against West Ham was postponed due to “extreme and escalating weather conditions“, while Scotland’s Women’s Six Nations rugby match against England was among the other matches cancelled.
All professional Dutch soccer matches were cancelled, along with most outdoor sporting events. - Reuters