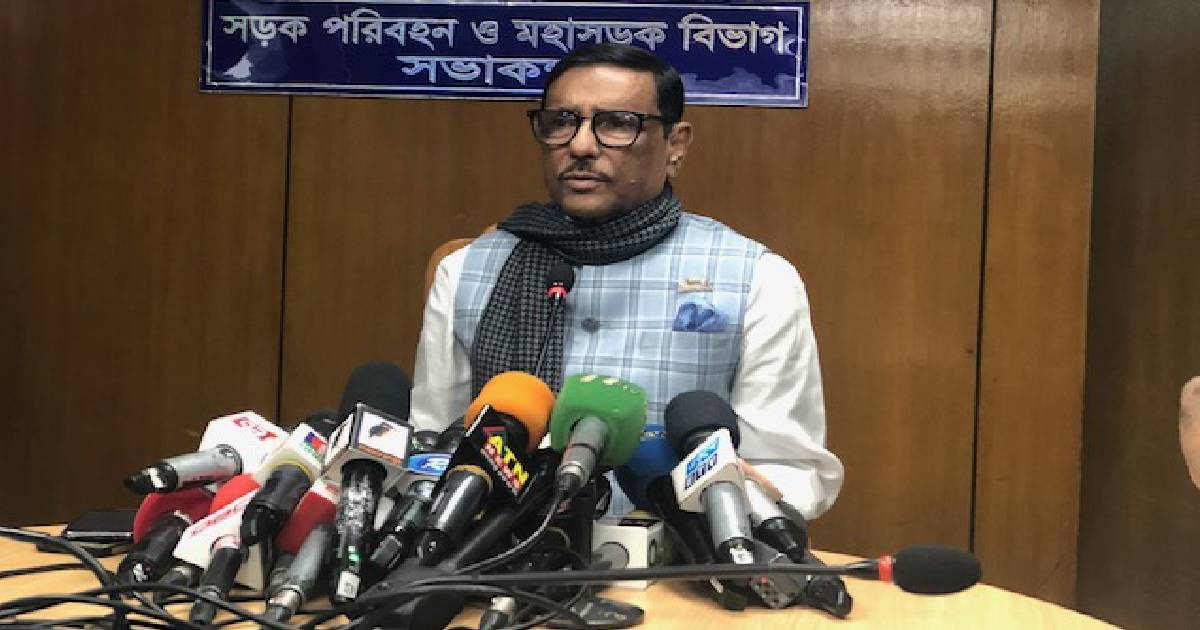 The government has decided to accord a grand reception to junior Tigers at Suhrawardy Udyan for clinching the ICC U-19 World Cup trophy, said Road Transport and Bridges Minister Obaidul Quader on Monday.
Quader, also Awami League General Secretary, came up with the announcement while talking to reporters at the secretariat.
Congratulating the junior cricket team, he said, “The decision was taken at a cabinet meeting today to celebrate the victory. The junior Tigers will be accorded a grand reception at Suhrawardy Udyan as they earned the World Cup Trophy for the first time since the independence of the country.”
The Young Tigers made the history beating the four-time champions India by three wickets in a dramatic final of the ICC Under-19 World Cup on Sunday at Potchefstroom, South Africa.
Responding to a query of journalists, the minister said, “BNP now has become politically bankrupt. They only make complaints to foreigners if anything happens.”
“They’re complaining to foreigners instead of complaining to the people of the country through rallies…it’s proved that they don’t have any trust on people,” he added.