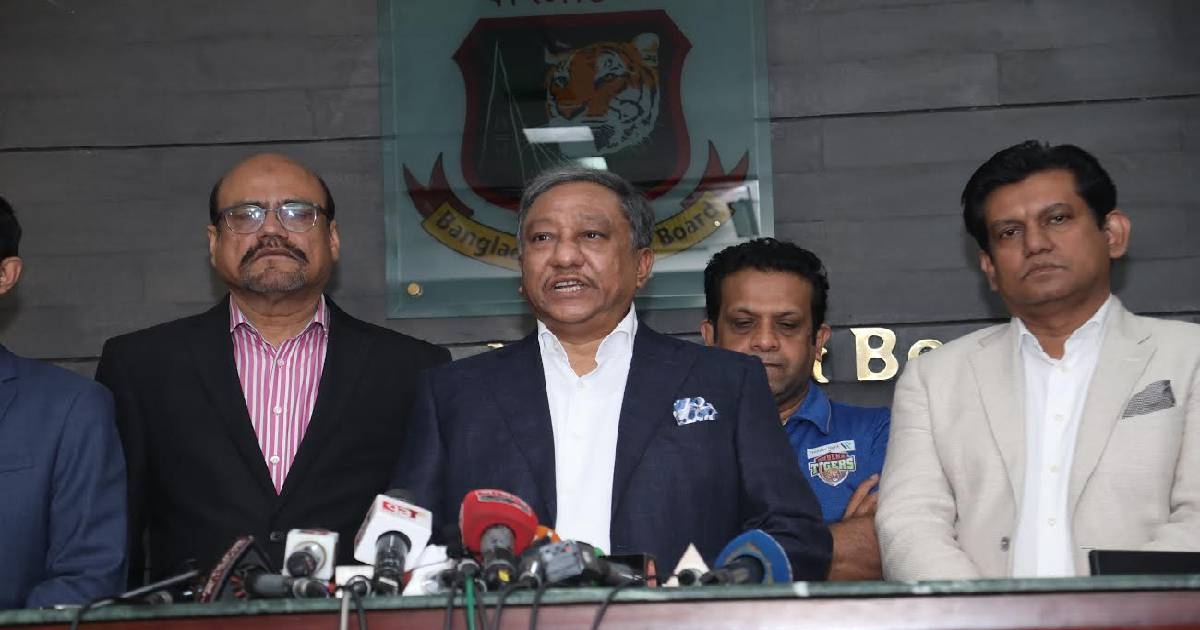 Bangladesh Cricket Board (BCB) president Nazmul Hasan said the board has a long-term plan for the Under-19 players who have recently won the ICC U-19 World Cup beating India in South Africa.

Only a handful of U-19 cricketers from the past teams have made it to the national team while most of them failed to bring their age-level performance to the international stage and fell by the wayside.

But this time around, BCB does not want that to happen as Nazmul said they have a long-term plan for nursing the young cricketers and preparing them to serve the country in future.

“It’s a big problem that most of the players who played in the U-19 teams in the past few years failed to continue showing their prowess in international cricket and dropped out. We have discussed it for a long time. We know that despite playing a good brand of cricket, they will not get a chance in the national team now.”

“Then what will they do? If we engage them in the high-performance unit, that will not ensure a place for them in the national team. So we will come up with a new idea once they will back home on Wednesday,” Nazmul told the media on Monday at Sher-e-Bangla National Cricket Stadium.

Nazmul said the success in the ICC U-19 World Cup is the result of getting prepared for the event for the last two years. According to him, the board knew that these guys always had the ability to lift the trophy.

“We knew the problem of our age-level team. So we started preparing this team two years ago. We arranged many matches for them before the World Cup.”

“They did well in every series they have played in England, Sri Lanka and New Zealand. None of the members of this team thinks about personal glory. Instead, they are very focused on team effort. And its result is what they have accomplished in the final,” Nazmul added.