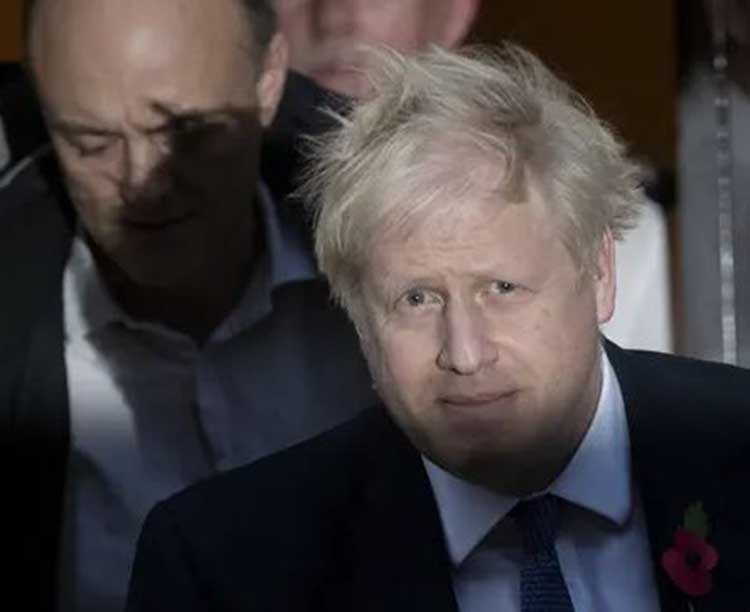 The prime minister tells us he wants to bring the country together. This is rich from the politician who made a major contribution to tearing it apart. In theory, Johnson is monarch of all he surveys: the British political system resembles, in Lord Hailsham's famous phrase, an elective dictatorship. And Johnson already manifests dictatorial tendencies. We Remainers have lost. Great Britain has officially left the European Union (it is not at all clear that Northern Ireland has).
Four endangered mountain gorillas, including three adult females, have been killed by an apparent lightning strike in a Ugandan national park, a conservation group has said. A post-mortem examination has been performed on the four, including a male infant, who died on 3 February in Mgahinga National Park in south-west Uganda. "Based on the gross lesions from the post-mortem ... the tentative cause of death for all four individuals is likely to be electrocution by lightning," the Greater Virunga Transboundary Collaboration said in a statement on Saturday. Laboratory confirmation will take two to three weeks. The four were members of a group of 17 known as the Hirwa family, which had crossed into the Mgahinga national park in August last year from Volcanoes national park in neighboring Rwanda.
Thousands of people in Western Australia's Pilbara region have spent the night indoors sheltering from tropical cyclone Damien, which caused significant damage when it made landfall near Karratha on Saturday night. Tropical cyclone Damien reached the coast as a category three storm but was downgraded to a category two storm on Sunday morning. Reports on social media show damage to roofs in Karratha. A red alert remains in place for Pilbara communities south of Karratha, from Whim Creek to Mardie, and residents have been told to "remain inside and shelter in the strongest, safest part of your house or evacuation centre".
A major ocean current in the Arctic could reverse amid warming temperatures, a change which would bring significantly colder weather to western Europe, scientists at Nasa have warned. The circular current, called the Beaufort Gyre, moves in a clockwise direction around the western Arctic Ocean, north of Canada and Alaska, where it naturally collects freshwater from glacial melt, river run-off and precipitation. This freshwater protects sea ice from salty water which would melt it faster, and helps keep the north of the planet cool. But increasingly rapid ice-melt due to climate change means the current has picked up unusually large amounts of freshwater and exposed it to the air, causing it to move faster and become more turbulent.