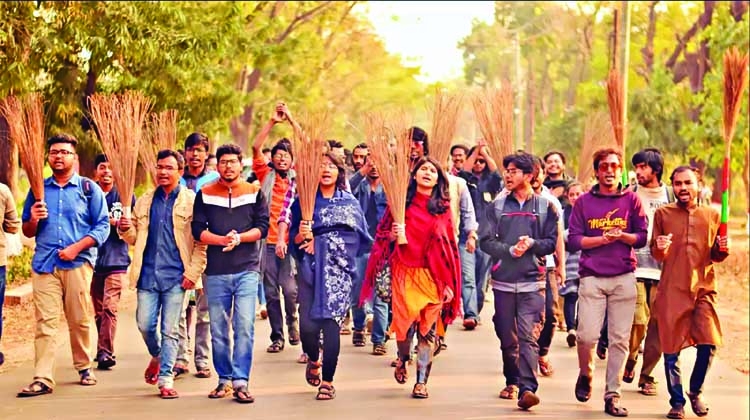 Mentionable, the Executive Committee of the National Economic Council (ECNEC) has allocated Tk. 1.4 million for further development of Jahangirnagar University. The protestors have been protesting for five-and-a-half months since allegations were made against the construction of six new halls, the tender trade and allocation of one crore money to the university branch of Bangladesh student league and another one to the central Bangladesh student league (BCL).
---JU Correspondent