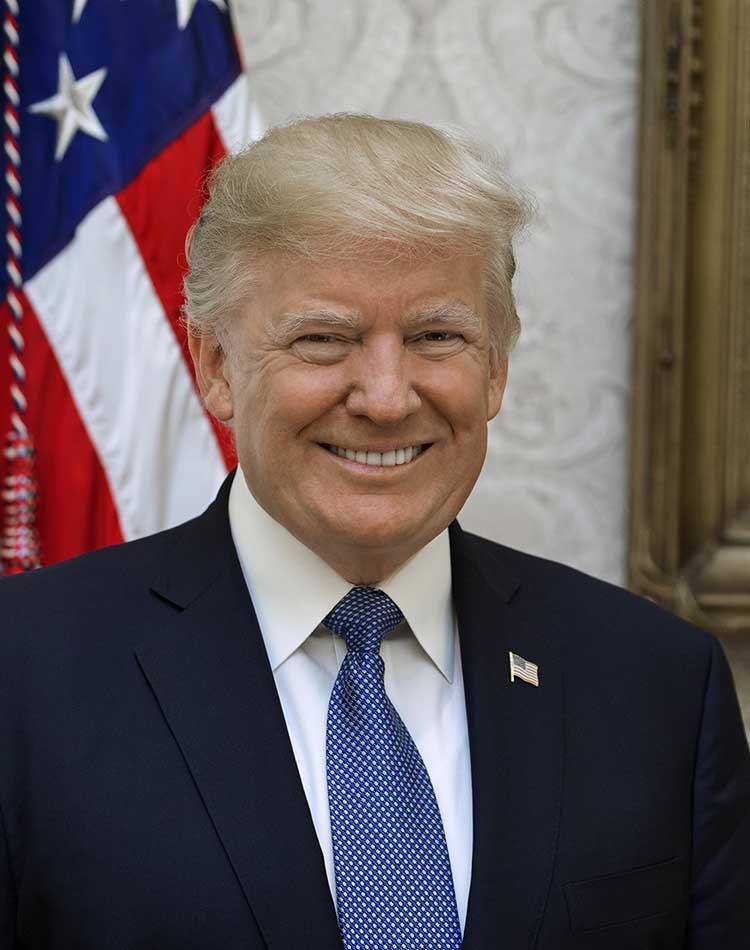 As several people have noticed, last week was the most politically successful week of the Trump presidency.First, US President Donald Trump's job approval numbers are rising. When the impeachment inquiry got rolling in October his Gallup approval rating was 39. Now it's 49. If he can hold this level, he'll probably be re-elected.
Second, impeachment never became a topic of conversation among rank-and-file Democrats, let alone independents and Republicans, so it was easily defeated in the Senate.To the extent that it was noticed, impeachment worked for Republicans and against Democrats. Approval of the Republican Party is now at 51 per cent, its highest since 2005. More Americans now identify as Republicans than as Democrats.
As Gallup dryly observed in announcing these numbers, "Gallup observed similar public opinion shifts when Bill Clinton was impeached."Third, there is no Democratic transcender. The Iowa results, though far from final, indicate that there is no obvious candidate who can be quickly embraced by all factions of the party. With Mike Bloomberg now doubling his campaign spending, it looks like the Democratic primary battle is going to go on for a while.
Democrats may wind up in a position in which they can't nominate Bernie Sanders because he's too far left, and they can't not nominate him because his followers would bolt from a Biden/Bloomberg/Buttigieg-led party.
Only 53 per cent of Sanders voters say they will certainly support whomever is the Democratic nominee. This is no idle threat. In 2016, in Pennsylvania, 117,000 Sanders primary voters went for Trump in the general, and Trump won the state by 44,292 ballots. In Michigan, 48,000 Sanders voters went for Trump, and Trump won the state by 10,704. In Wisconsin, 51,300 Sanders voters went for Trump, and Trump won the state by 22,748. In short, Sanders voters helped elect Trump.

Most effective speech of the Trump presidency
Fourth, Trump has cleverly reframed the election. I can see why Nancy Pelosi ripped up his State of the Union speech. It was the most effective speech of the Trump presidency.In 2016, Trump ran a dark, fear-driven "American carnage" campaign. His 2016 convention speech was all about crime, violence and menace. The theme of last week's speech was mostly upbeat "Morning in America."
I don't know if he can keep this tone, because unlike Ronald Reagan, he's not an optimistic, generous person. But if he can, and he can keep his ideology anodyne, this message can resonate even with people who don't like him.Trump's speech reframes the election around this core question: Is capitalism basically working or is it basically broken?
Trump can run on the proposition that it's basically working. He has a lot of evidence on his side: The unemployment rate is the lowest in decades. Wages are rising. The typical family income is higher than it has ever been.

Democrats' message is broken
Americans seem to accept this position. Confidence in the economy is higher now than at any moment since the Clinton administration. According to Gallup, 59 per cent of Americans say they are better off than they were a year ago. Three-quarters of Americans expect to be even better off a year from now.
Democrats, by contrast, have congregated around the message that capitalism is fundamentally broken and that the economy is bad. As Matthew Yglesias noted recently in Vox, when Democrats were asked in the PBS NewsHour/Politico debate if the economy was good, they all gave the same answer.
Joe Biden: "I don't think [Americans] really do like the economy. Look at the middle-class neighbourhoods. The middle class is getting killed. The middle class is getting crushed." Pete Buttigieg: "This economy is not working for most of us." Elizabeth Warren: "A rising GDP, rise in corporate profits, is not being felt by millions of families across the country." And so on down the line.
An opposition party can retake the White House in a time of rising economic conditions, but it can't do it by denouncing capitalism and it can't do it by denying the felt reality of a majority of Americans.
It's hard to defeat a president in good times. UCLA political scientist Lynn Vavreck, the author of The Message Matters and a co-author of Identity Crisis, has found that the rare candidates who do succeed find issues that voters care about just as much. In 1960, John Kennedy ran on the missile gap. In 1968, Richard Nixon ran on law and order. In 2016, Trump ran on Middle America identity politics.
What would that issue be? Well, in his book "The Moral Consequences of Economic Growth," Benjamin Friedman argues that in prosperous times voters are more tolerant of diversity, more committed to fairness and expanding opportunity. As he puts it, "Economic growth bears moral benefits."
That suggests that Democrats should acknowledge that the economy has done well since the Obama recovery in 2009. They should argue that this is the time to take advantage of prosperity to begin a moral and social revival. This is the year to run a values campaign, one that champions policies to make America more socially mobile, caring and interdependent.
In 2020, running on economic gloom or class war probably won't work.


The writer is a noted columnist. He is also a commentator on PBS News Hour