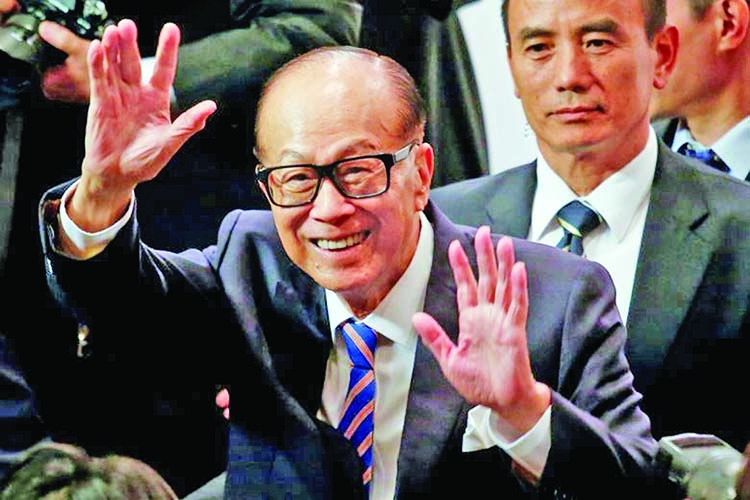 Mr Li Ka-shing, 91, has a net worth of about US$28.3 billion, according to the Bloomberg Billionaires Index.
The charity of Hong Kong's richest man donated HK$100 million (S$17.87 million) to help Wuhan, the city at the epicentre of China's coronavirus outbreak.
The money from the Li Ka Shing Foundation will be distributed via the Red Cross Society of China, according to an article posted on Monday on the website of the Beijing's liaison office, which represents the mainland government in Hong Kong, reports Bloomberg.
The founder of real estate, telecom and ports conglomerate CK group is among the Hong Kong tycoons giving money to charities, hospitals and local governments in mainland China during the outbreak that has infected more than 40,000 people and killed more than 900.
Such donors along with some political leaders have donated a combined 1 billion yuan (S$198.85 million), goggles, protection suits and gloves for use in the mainland, according to the liaison office.
Mr Li Ka-shing, 91, has a net worth of about US$28.3 billion, according to the Bloomberg Billionaires Index.The Li Ka Shing Foundation is also sourcing supplies around the world to help medical workers in Hong Kong and Wuhan, a spokesman for the group said on Monday.
The liaison office report also cited Shimao Property Holdings Ltd's donation of HK$30 million. The Lee family, which controls Henderson Land Development Co, set up an anti-epidemic foundation with seed funding of 10 million yuan, the report said.
Mr Adrian Cheng, scion of the family group behind New World Development Co, and Chow Tai Fook Jewellery Group Ltd, donated 10 million yuan to a hospital in the southern city of Guangzhou, it said.
---AFP