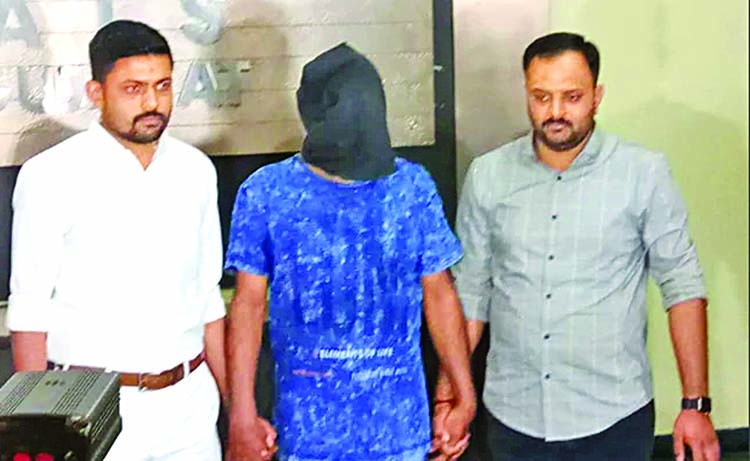 Munaf Halari is an aide of Tiger Memon, a close associate of Dawood Ibrahim.
A key accused in the 1993 Mumbai serial blasts, who is a close associate of the terror attack's key conspirator Tiger Memon, was arrested from the airport in Maharashtra's capital by the Gujarat Anti-Terror Squad (ATS) in a drug seizure case, a senior official said on Monday.
Munaf Halari, was caught at the Mumbai Airport on Sunday night while he was on his way to Dubai with a Pakistani passport. Halari is wanted in a narcotics case where the police believe he is responsible for heroin smuggling through the Gujarat coast in which five Pakistani nationals were arrested on January 2.
According to the Mumbai Police, Munaf Halari had played vital role in the planning and execution of the 1993 blasts and a Red Corner Notice was issued against him on request of the Central Bureau of Investigation (CBI).
Halari is an aide of Tiger Memon - a close associate of underworld don Dawood Ibrahim. He had sourced three brand new scooters which were then loaded with explosives and used to set off explosions across Mumbai.
One of the scooters procured by Halari was planted at Zaveri Bazar and exploded subsequently.A series of bomb explosions rocked Mumbai on March 12, 1993, resulting in death of 257 people while leaving 713 persons injured.
According to the Mumbai Police records, after the serial blasts in Mumbai Munaf Halari fled to Bareilly and thereafter went to Bangkok. Along with Tiger Memon, he then got a Pakistani passport with help of Pakistani authorities. His assumed identity is of Anwar Muhammad and his Pakistani passport number BM1799983.
Munaf Halari was in continuous contact with Tiger Memon and took shelter in Nairobi, Kenya based on assumed identity of Pakistani National to evade arrest and trial for his role in the Bombay blasts case.
According to the Gujarat ATS, in Nairobi he was running a business and later shifted to export-import of grains, especially rice. However, in the guise of export-import of rice, Munaf Halari tried to smuggle explosives and drugs to India.
From the interrogation of the five Pakistani Nationals who were caught in the Arabian Sea on January 2, 2020, the Gujarat ATS learnt that the consignment belonged to Haji Hasan of Karachi. Investigators told the media, Haji Hasan has had telephone conversations with Munaf Halari regarding the smuggling of explosives and heroin into India through the Gujarat coast.
Investigators also told reporters that Munaf Halari had entered India twice on a Pakistani passport after fleeing in 1993. He had come in India last in the year 2014 from Atari Border, and visited Mumbai.
The Gujarat ATS has seized the Pakistani passport, which was renewed twice by Pakistani authorities. Halari will now face trial in India for smuggling charges along with his role in the 1993 Mumbai serial blasts case.
---NDTV