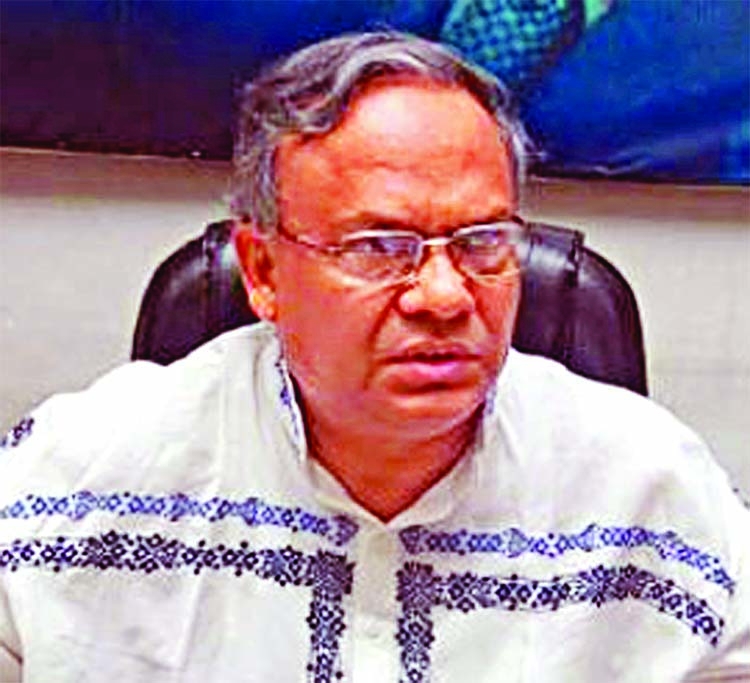 BNP Senior Joint Secretary General Ruhul Kabir Rizvi has blamed Finance Minister AHM Mustafa Kamal for the "worst economic situation" in the country. "The self-proclaimed top finance minister has completely ruined the national economy," he said in a press briefing on Monday, reports bdnews24.com. Leaders of the ruling party are looting the country and siphoning off the money abroad, said Rizvi.
"You're the one who ruined the national economy. It's the finance minister who admitted in parliament that the economy reached its nadir," Rizvi said referring to the finance minister.
On Wednesday, Finance Minister AHM Mustafa Kamal was criticised by the opposition leaders after he raised a `bill on the transfer of surplus funds by the autonomous, semi-autonomous, state owned companies and non-financial corporation to the national treasury.He remembered winning the title of 'top finance minister' globally while defending himself. Rizvi criticised that statement too.
"I've noted down the remark by the finance minister. He'll be responsible if I die out of laughing. This statement wasn't a result of ignorance but it was politically motivated," said Rizvi.The government is making opportunities for foreign nationals to work illegally in Bangladesh, Rizvi said.

"At least 200,000 foreign nationals work illegally in Bangladesh, TIB said in its press briefing two days ago. It's the government allowing foreigners to work in Bangladesh illegally while half of the population is unemployed.""The government says no one will remain unemployed. But they've created endless unemployment by allowing foreigners to work illegally in the country."
Rizvi also spoke about Awami League General Secretary Obaidul Quader's statement on BNP's demand for re-election to the Dhaka City Corporation. "Awami League General Secretary Obaidul Quader said that demanding a re-election is unjustified. He said that there was no scope for vote rigging in the city polls. There would have been more vote cast if they rigged it," said Rizvi.
"All I want to tell Quader that you adopted a mechanism for vote rigging that you fell ill. I pray for your recovery. But think twice about your action to cheat the voters by using the EVM, a machine to rig votes. What will the voters think of you? You'll there to spread lies even if you fall sick frequently."
Rizvi reiterated his demand to the government to arrange better medical treatment for Khaleda Zia mentioning her 'deteriorated physical condition' while undergoing treatment in the Bangabandhu Sheikh Mujib Medical University Hospital.