Over 100 US troops suffered brain injury in Iran attack 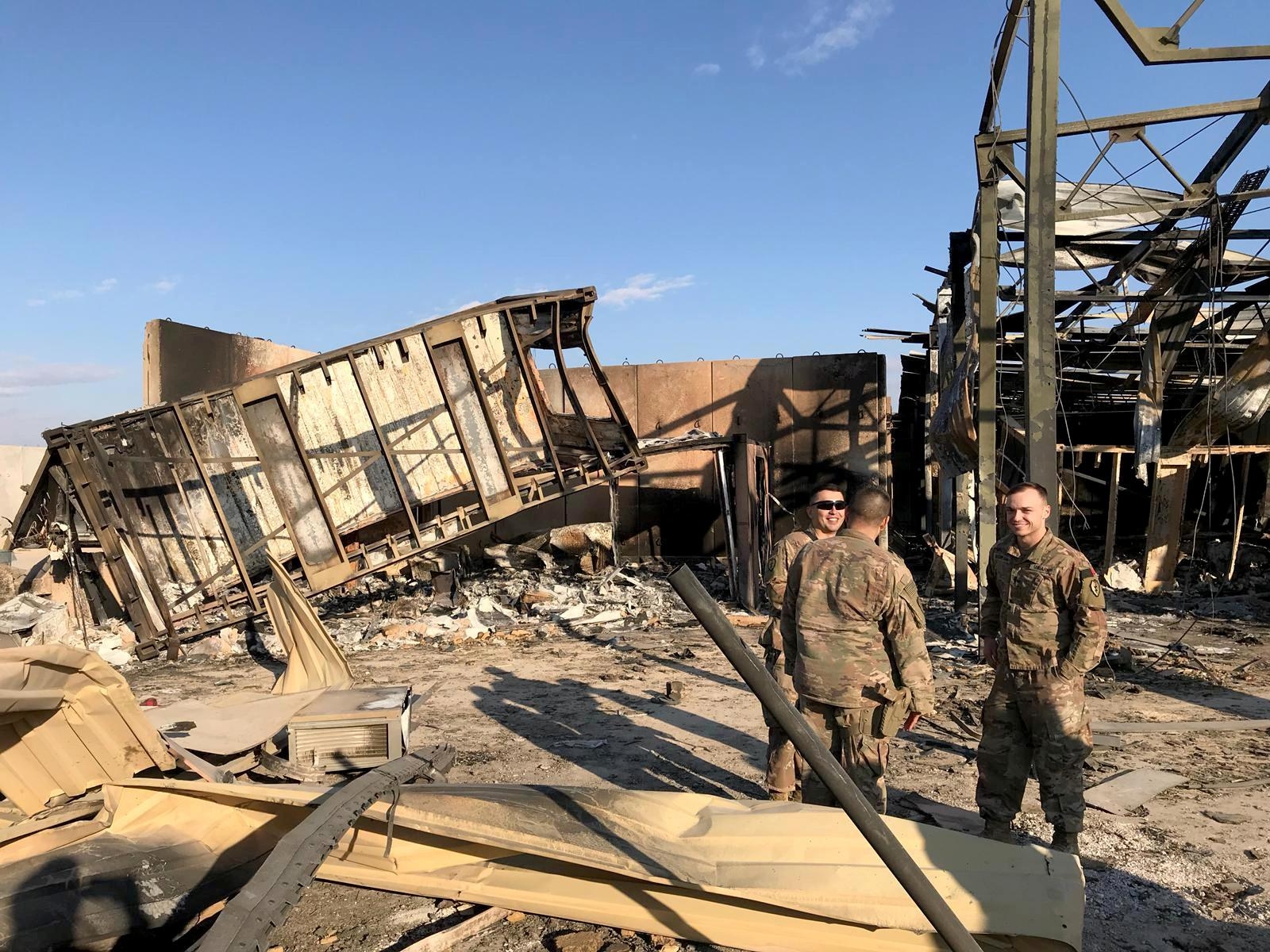 More than 100 US troops sustained “mild” traumatic brain injury, far more than originally announced, when Iran launched missiles at their base in Iraq last month, the Department of Defense said on Monday.
“As of today, 109 US service members have been diagnosed with mild traumatic brain injury, or mTBI, an increase of 45 since the previous report,” the Pentagon said in a statement.
Of them, 76 have returned to duty while most of the rest are still undergoing evaluation and treatment.
President Donald Trump had initially said that no Americans were injured in the strike on the Ain al-Asad base in western Iraq on the night of Jan 7-8, although authorities later reported that 11 troops were injured.
Iran fired ballistic missiles at the base to retaliate for the Jan 3 US drone strike that killed top Iranian general Qassem Soleimani while he was in Baghdad.
Trump was understood to downplay the impact on US troops to help ratchet down tensions between the two countries, amid concerns that a full war could break out.
It was only a week later that reports surfaced that US troops had experienced concussions and other brain injuries.
But the US leader then dismissed the reported injuries as “headaches” and “not very serious.”
“We are grateful to the efforts of our medical professionals who have worked diligently to ensure the appropriate level of care for our service members, which has enabled nearly 70 per cent of those diagnosed to return to duty,” said Pentagon press secretary Alyssa Farah in a statement Monday.
“We must continue to address physical and mental health together,” she said. - AFP