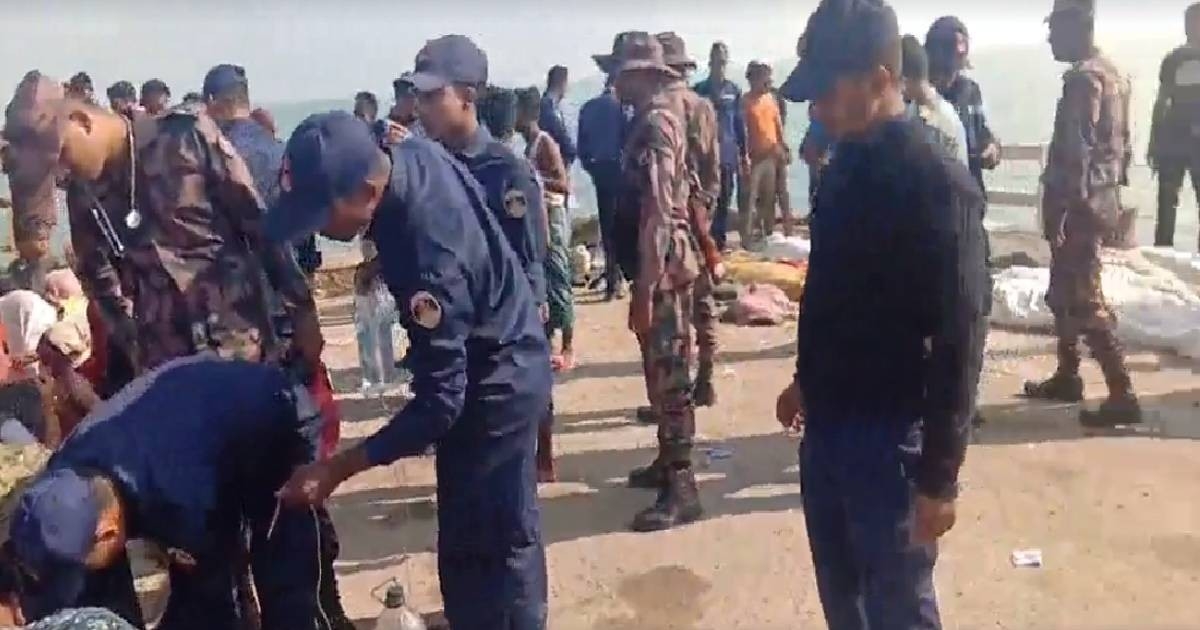 The bodies of at least 15 Rohingyas were retrieved while 63 others rescued alive after a-Malaysia-bound trawler carrying them capsized near the Saint Martin’s island in the Bay of Bengal early Tuesday.
Lt Commander M Hamidul Islam, media officer, Coast Guard’s Dhaka Head Office, said two trawlers left Teknaf’s Monakhali area for Malaysia with over 250 Rohingya people at 8pm on Monday and one of the trawlers sank near 3-4 km off the Saint Martin’s Island.
Members of Bangladesh Coast Guard and Navy in a joint drive retrieved 15 bodies so far, while 63 Rohingyas were rescued alive at 7am, Islam added.
Bangladesh Navy ship BNS Durjoy joined the rescue operation, he added.
Islam also said the other trawler could not be traced yet.