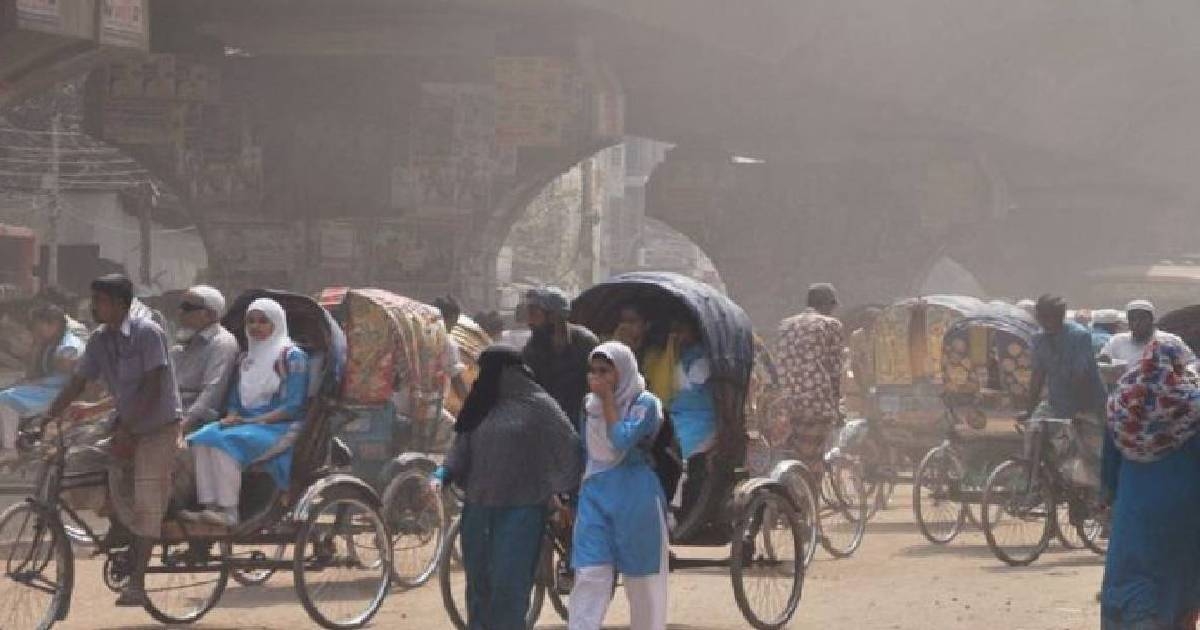 Bangladesh’s capital Dhaka ranked the sixth among cities with the worst air quality on Tuesday morning for the second consecutive day.
It had a score of 197 at 08:09am in the Air Quality Index (AQI). The air was classified as ‘unhealthy’.
When the AQI score is between 151 and 200, everyone may experience health effects while members of sensitive groups may experience more serious health effects.
Mongolia’s Ulaanbaatar, India’s Delhi and Pakistan’s Lahore occupied the top three positions in the list of cities with the worst air with AQI scores of 263, 261, and 236 respectively.
The AQI, an index for reporting daily air quality, informs people how clean or polluted the air of a certain city is, and what associated health effects might be a concern for them.
In Bangladesh, the AQI is based on five criteria pollutants - Particulate Matter (PM10 and PM2.5), NO2, CO, SO2 and Ozone (O3).
The Department of Environment has also set national ambient air quality standards for these pollutants. These standards aim to protect against adverse human health impacts.
Dhaka has long been grappling with air pollution. The air quality usually improves during monsoon.
Last month, the High Court issued a nine-point directive to bring down air pollution level in Dhaka and ordered the Department of Environment (DoE) to conduct mobile court drives twice a week to take legal action against those responsible for air pollution in the capital.
The court also directed the Public Administration Ministry to appoint five executive magistrates for DoE within one month for conducting mobile courts.