Five U-19 players punished by ICC for misconduct 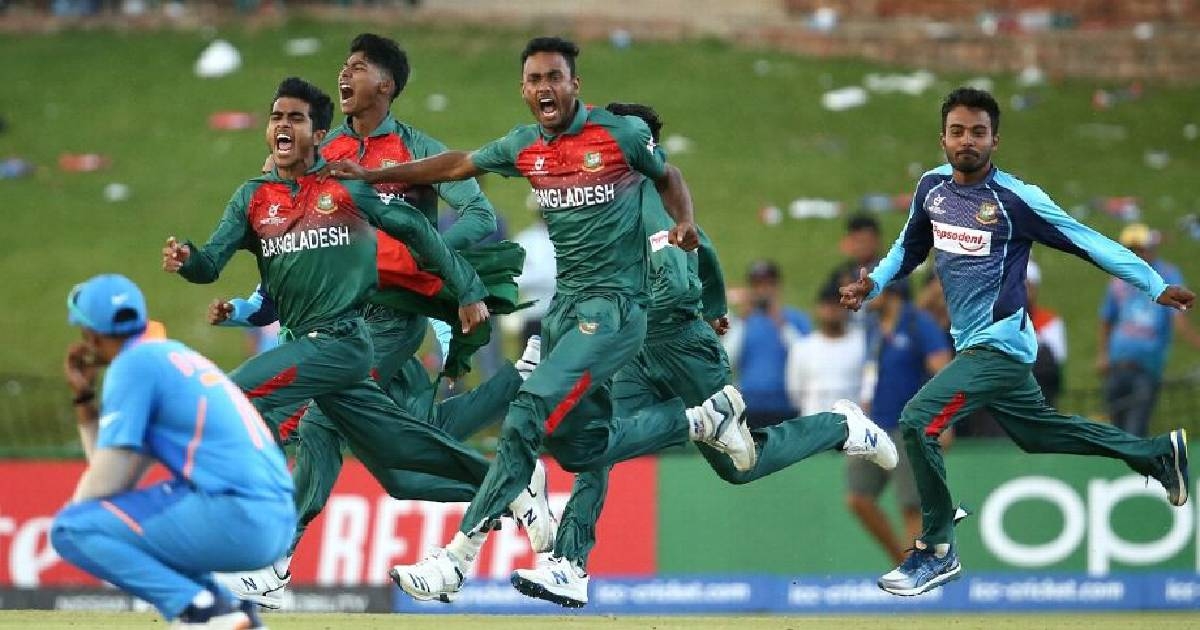 Five players- including three Bangladeshis and two Indians, who were involved in the final of the just-concluded ICC U-19 World Cup won by Bangladesh have been found guilty of breaching ICC’s Code of Conduct and were handed international suspensions.
Three Bangladeshi players- Md Towhid Hridoy, Shamim Hossain and Rakibul Hasan, and two Indian players- Akash Singh and Ravi Bishnoi were charged with violating Article 2.21 of the code, whilst Bishnoi received a further charge of breaching Article 2.5.
All five players have accepted the sanctions proposed by ICC U19 Cricket World Cup Match Referee Graeme Labrooy, as told in the ICC statement.
Towhid Hridoy received a sanction of ten suspension points which equates to six demerit points. Hossain and Singh received a sanction of eight suspension points that equates to six demerit points whereas Hasan received four suspension points that equates to five demerit points, reports Cricbuzz.
Bishnoi was handed a total of seven demerit points: five for breaching Article 2.21 and another two for the manner in which he celebrated the dismissal of Avishek Das in the 23rd over of the Bangladesh innings, which breached Article 2.5.
The demerit points will be on the players' record for a period of two years. A suspension point will have a player ineligible for one ODI or T20I, U19 or A team international match.
As a result, whenever these players take part in their next international assignment either at the senior level or the Under 19 level, the suspension points will be applied.
As per ICC’s statement, all charges were levelled by on-field umpires Sam Nogajski and Adrian Holdstock, third umpire Ravindra Wimalasiri as well as fourth umpire Patrick Bongni Jele.
"It is disappointing that Code of Conduct charges needed to be laid after such a closely contested match, but it is important to reinforce the standard of behavior that will be expected of these young players should they transition to senior international cricket,” Geoff Allardice, ICC General Manager Cricket said.
"The match was hard fought, as you would expect in an ICC U19 Cricket World Cup Final, but the elation and disappointment experienced by some players after the game spilled over into unedifying scenes that have no place in our sport.”
"Respect is at the very heart of the spirit of cricket, and players are expected to show self-discipline, congratulate the opposition on their successes and enjoy the success of their own team,” he added.