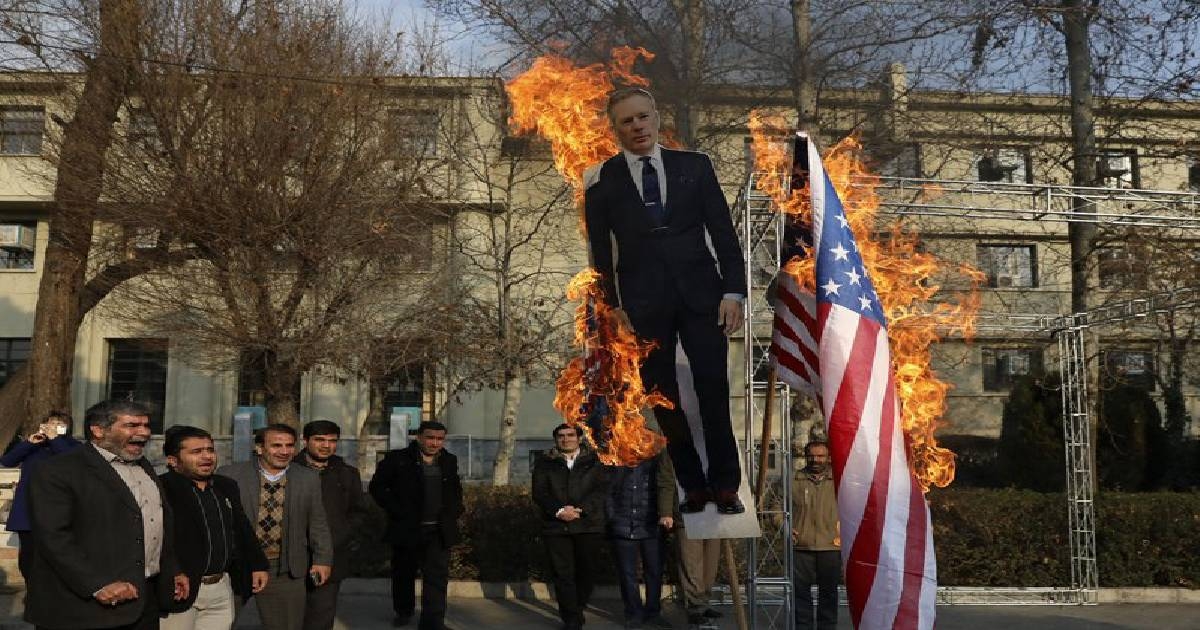 Iranians were taking to the streets of Tehran and other cities and towns across the country on Tuesday for rallies and nationwide celebrations marking the anniversary of the 1979 Islamic Revolution.
State media said the rallies would take place in more than 5,000 cities, towns and districts all around Iran. In the capital, Tehran, Iranians set off from 12 different neighborhoods toward the central Tehran Freedom Square, where President Hassan Rouhani was due to address the crowds.
This year's anniversary celebrations come amid unprecedented bitterness between Tehran and Washington. Tensions have spiked since President Donald Trump withdrew the U.S. from Iran's nuclear deal with world powers in May 2018.
A series of attacks across the Mideast culminated with the U.S. launching a drone strike that killed Iranian Revolutionary Guard Gen. Qassem Soleimani in January in Baghdad. Iran retaliated for the U.S. airstrike with a ballistic missile attack targeting U.S. forces in Iraq, injuring over 100 U.S. troops.
However, public anger is also rising among this nation of 80 million people, especially after Iranian forces accidentally shot down a Ukrainian jetliner after takeoff from Tehran last month, killing all 176 people on board. The Iranian government denied for days that a missile strike downed the plane before admitting to it amid Western pressure.
The anniversary comes some 10 days before parliamentary elections in Iran that are expected to gauge the popularity of Rouhani and his camp, a mixture of moderate and pro-reform factions, over their hard-line rivals.
Iran's Islamic Revolution began with widespread unrest over the rule of Shah Mohammad Reza Pahlavi. The shah, fatally and secretly ill with cancer, fled Iran in January 1979. Ayatollah Ruhollah Khomeini then returned from exile and the government fell Feb. 11, 1979, after days of mass demonstrations and confrontations between protesters and security forces.
Iran later would vote to become an Islamic Republic, a Shiite theocracy with Khomeini as its first supreme leader with final say over all matters of state. Anger over America allowing the shah into the country to receive cancer treatment in New York would later spark the takeover of the U.S. Embassy in Tehran by student militants and the subsequent hostage crisis, which kindled decades of enmity.