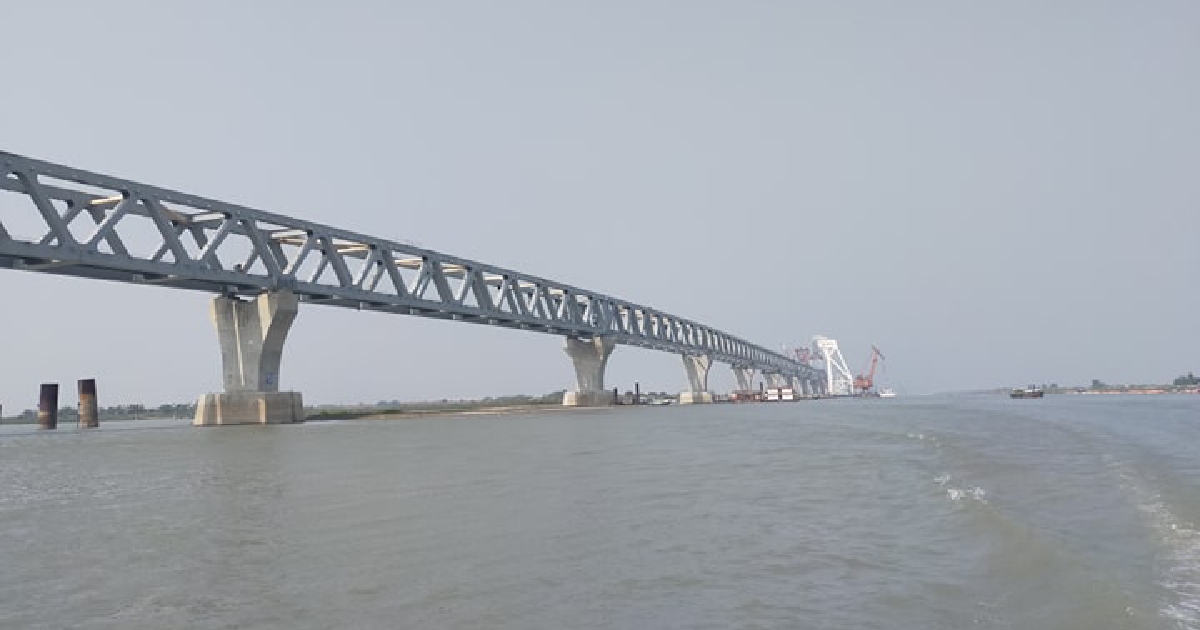 About 3,600 metres of the much-hyped Padma Bridge became visible after the installation of the 24thd span on Tuesday.
The 5-F span was installed on pillar no 30 and 31 of the bridge around 1:20 pm in Shariatpur’s Zajira point, said Humayun Kabir, Deputy Assistant Engineer of the Padma Bridge Project.
Earlier, the 150-meter long span was brought near pillar no 30 and 31 by floating crane in Shariatpur point from Maowa point at 11 am.
The rest 17 spans are expected to be installed by July this year.
According to the Padma Bridge authorities, 37 spans have already arrived at Mawa and the rest four spans will be brought soon.
On January 20, Road Transport and Bridges Minister ObaidulQuader said the bridge will be opened to traffic by 2021.
Once in operation, the Padma Bridge, Bangladesh’s largest infrastructure project till date, will connect 21 southern districts with the capital and boost the GDP by 1 percent.