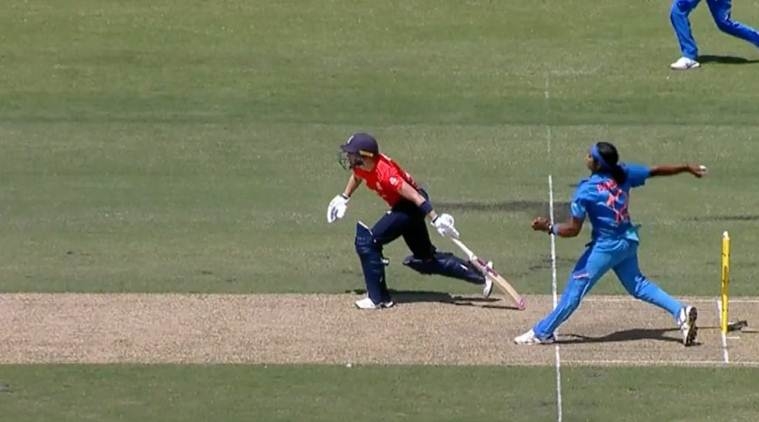 An off-field umpire will use technology to judge when bowlers illegally overstep the crease during the ICC women's Twenty20 World Cup in Australia.
The front-foot no-ball technology was trailed in India and the West Indies recently and will be used in a major tournament for the first time. The International Cricket Council says the third umpire will monitor the front foot landing position on each delivery during the Feb. 21-March 8 competition.
On-field umpires have been instructed not to call any front-foot no balls unless advised to do so by the off-field official.
Part of the bowler's front foot must be behind the crease in the delivery stride. On-field umpire's at the non-striker's end usually make the decision.
The ICC said the technology was recently trialed across 12 games, during which 4,717 balls were bowled and 13 no balls were called. All deliveries were judged accurately.
"Cricket has an excellent track record of introducing technology to support the decision making of our match officials and I'm confident that this technology will reduce the small number of front foot no ball errors," ICC general manager for cricket, Geoff Allardice, said. "No balls are difficult for umpires to call accurately, and even though the percentage of deliveries that are no balls is low, it is important to call them correctly."
Allardice said the technology had improved "significantly" since it was first trialed in a one-day international series between England and Pakistan in 2016, "enabling us to introduce it cost-effectively, and with minimum impact on the flow of the game."
Video technology has been used to assess dismissals in test match and limited-overs international cricket and determine if batters were wrongly given out because on-field umpires failed to signal no-ball for a bowler's front foot landing in front of the crease. A third umpire could over-rule a decision made by on-field umpires in cases where video evidence conclusively showed that a bowler had over-stepped.