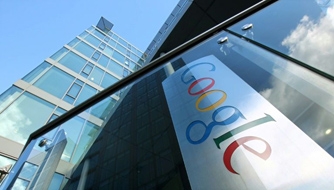 Google on Monday confirmed that head of human resources Eileen Naughton was stepping away from her job as “vice president of people operations” at the internet company.
“We’re grateful to Eileen for all she’s done and look forward to her next chapter at Google,” Sundar Pichai, the head of Google and its parent company Alphabet, said in a statement.
Google added more than 70,000 employees during Naughton’s time as head of human resources, according to Pichai.
Naughton said that she would work with Pichai and chief financial officer Ruth Porat to find a successor.
“My husband and I have decided — after six years on the road, first in London and now San Francisco — to return home to New York to be closer to our family,” Naughton said.
In recent years, the Google workplace has been disrupted by employee opposition to top-level decisions ranging from forging contracts with the US military to tailoring a version of the search engine for China.
Google in November fired four employees on the grounds they had violated data security policies, but the tech titan was accused of persecuting them for trying to unionize staff.
The dismissals of the quartet — dubbed the “Thanksgiving Four” on social media — deepened staff-management tensions at a company once seen as a paradigm of Silicon Valley freedoms but now embroiled in numerous controversies.
One of the workers fired was connected to a petition condemning Google for working with the US customs and border patrol agency, which has been involved in President Donald Trump’s crackdown on illegal immigration.
Google employees have also openly opposed the company pursuing contracts to put its technology to work for the US military.
In 2018, Google employees poured out of premises at its Mountain View campus and around the world to protest the company’s handling of sexual misconduct allegations.