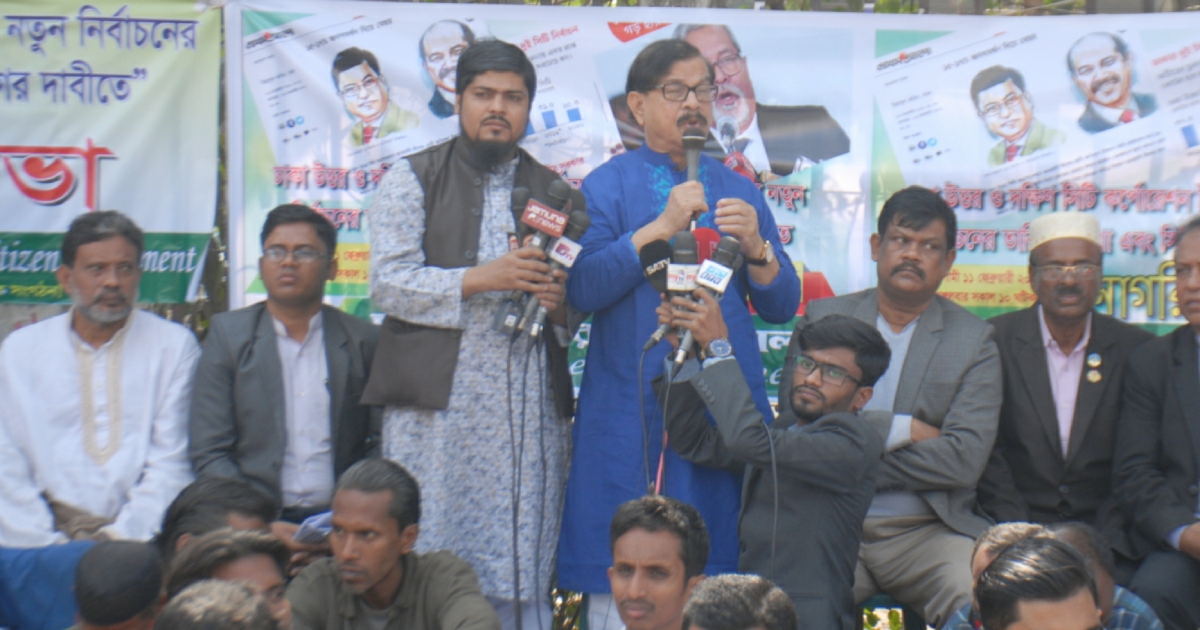 “I urge all political parties who think a conspiracy is underway to ban democratic practices in the country and establish dictatorship to wage a greater movement demanding cancellation of the elections to the two city corporations,” he said while addressing a rally in front of the Jatiya Press Club in the city.

The programme was organised demanding cancellation of the results of the polls to the Dhaka two city elections and resignation of Chief Election Commissioner KM Nurul Huda.

"There’s no option to wait for an announcement from any party or leader. Now, we all have to fight to establish our rights and democracy,” Manna said.

“The government must concede to the demand. They’ve to announce a fresh election, dissolve Parliament and suspend the Election Commission,” he said, adding that if they do not work like a gentleman, they will wage a one-point movement.

Stating that the country never witnessed such shameful politics, the Nagorik Oikya convener said although people do not have the ability to buy essential items, the government is showing the Padma Bridge and several flyovers in televisions in the name of development. “It seems that we’ll be able to survive by eating the flyovers,” he added.