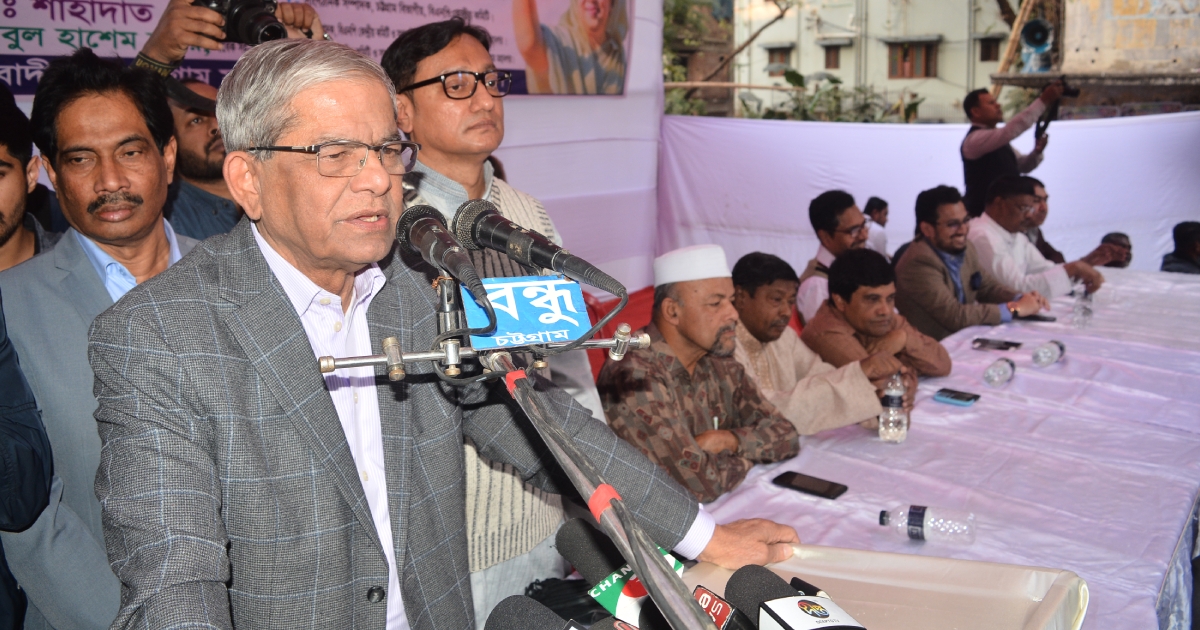 BNP Secretary General Mirza Fakhrul Islam Alamgir on Tuesday alleged that the ‘repressive acts by the government have defeated that of Pakistani occupation forces’.

“They want to introduce a one-party Baksal rule as done in 1975 by taking away people’s freedom of expression and voting right,” he said while addressing a views-exchange meeting with local BNP leaders at Kazir Deuri in the port city.

Fakhrul said thousands of BNP leaders now are in jail. “Around 35 lakh BNP leaders and activists have been made accused in cases across the country. There’re also murders, forced disappearances and extrajudicial killings.”

He, however, said BNP did not go away from their struggle to establish democracy in the country even after that.

The BNP leader said their party cannot be destroyed by oppression. “BNP rises like a phoenix from the ashes whenever any attempt is made to annihilate it as country’s people are with it.”

Fakhrul claimed that today’s meeting turned into a rally because BNP is people’s party. “Those who won’t allow BNP to do politics will live in a fool’s paradise.”

Alleging that the government is pushing Khaleda Zia towards death in a planned way, he said she could not get up from bed and stand. “Besides, her diabetic condition has worsened.”