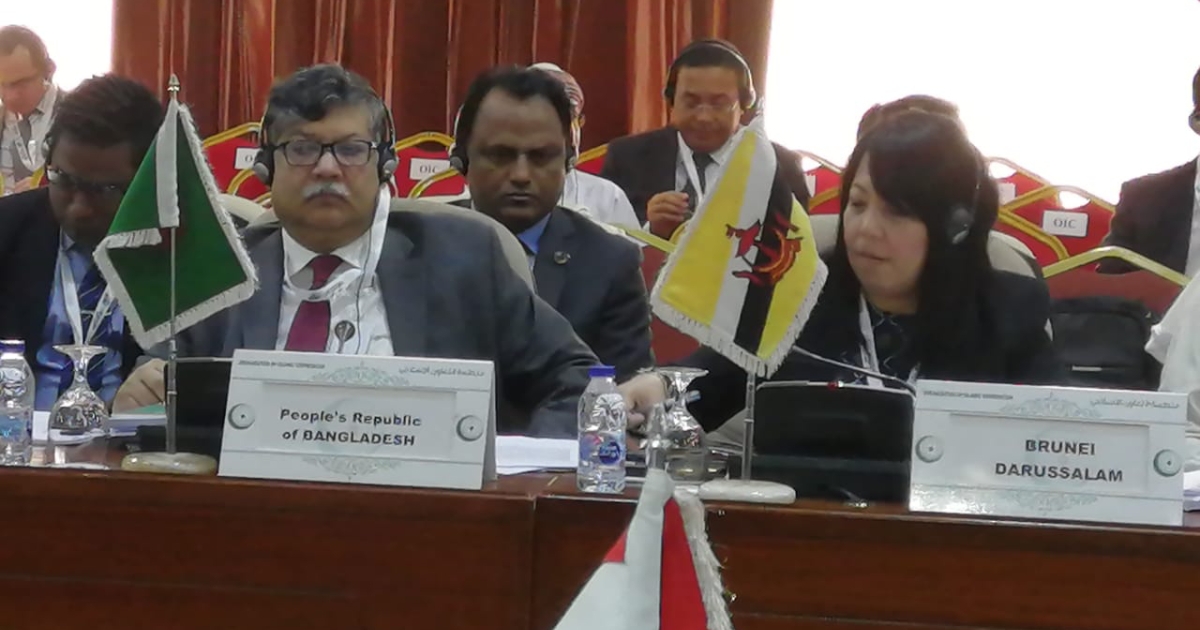 The Organization for Islamic Cooperation (OIC) has agreed to convene a pledging conference, during the upcoming Council of Foreign Ministers meeting to be held in Niger on April 3-4, to mobilize resources for the ICJ case against Myanmar on accountability for human rights violations against the Rohingyas.

The agreement was reached on Tuesday  during the Organization for Islamic Cooperation (OIC) Senior Officials Meeting (SOM) preparatory to the upcoming 47th Council of Foreign Ministers (CFM) meeting to be held in Niamey, Niger.

The SOM welcomed the historic unanimous decision on 23 January 2020 of the International Court of Justice ordering Provisional Measures to prevent further acts of genocide against the Rohingyas in Myanmar, which sets a historical precedence in legal efforts in upholding the rights of persecuted minorities anywhere in the world.

The OIC delegates also agreed to Bangladesh proposals for continued support to the Gambia in the case at ICJ until a final verdict is issued, follow up on the ICJ’s notification of its order of provisional measures to the UN Security Council pursuant to Article 41(2) of the Statute of ICJ and to contribute in the resources mobilization efforts to ensure safe, dignified and sustained return and resettlement of the Rohingyas to their legitimate homeland in the Rakhine State of Myanmar.

The OIC General Secretariat has set up a dedicated Account to facilitate the resource mobilization efforts.

The 45th OIC CFM held in Dhaka established an OIC Ad Hoc Ministerial Committee on Accountability for Human Rights Violations Against the Rohingyas, with The Gambia as Chair, with a view to mobilize and coordinate international political support, particularly through the 57-member OIC process.

Following a submission by The Gambia, on behalf of OIC, the ICJ held its first hearing on 10-12 December 2019 in the case against the Republic of the Union of Myanmar for its gross violation of human rights against the Rohingyas.

On the sidelines of the SOM, Foreign Secretary Momen held a meeting with the members of the Ad Hoc Ministerial Committee on Accountability for Human Rights Violations Against the Rohingya.

Bangladesh Foreign Secretary appreciated the Gambian Delegation for their dedication to the Rohingya cause in lodging the case with the ICJ.

He sought continued support from all members of the Committee for mobilising resources, including political support, to ensure early repatriation and resettlement of the Rohingya in their homeland in Rakhine state of Myanmar.

The SOM congratulated Bangladesh for hosting the upcoming 2nd Brainstorming Session to be held in Dhaka on 10-20 February 2020 on the Comprehensive Reform of OIC.

In this regard the meeting also finalised a draft Resolution outlining the follow up mechanism for the outcome of the Brainstorming Session.

The SOM further discussed on draft resolutions on issues concerning the Middle East peace process in the wake of US ‘Deal of the Century’, status of Muslim communities and minorities in the non-OIC member states, combating international terrorism, Cairo Declaration of Human Rights, Makkah Document on ‘The Values of Moderation and Middle Stance in the Holy Quran and the Sunnah’, humanitarian, legal/statutory and administrative/financial affairs.

Draft resolutions finalized at the SOM will be finally adopted during the CFM to be held in Niger in April.