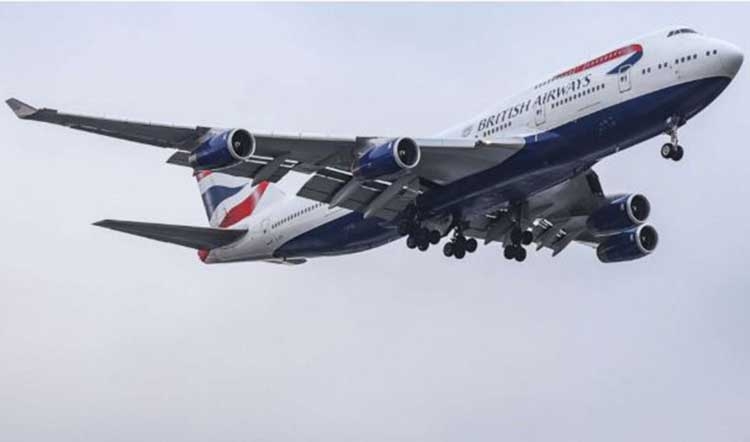 A New York-to-London flight landed in the history books Sunday as the fastest subsonic flight across the Atlantic Ocean. British Airways Flight 112 made the trip in 4 hours and 56 minutes -- 17 minutes faster than the previous record made by a Norwegian flight from New York to London, according to the flight tracker blog Flightradar24. The blog said the 747 jet took advantage of a jet stream in the middle of the Atlantic Ocean, which some pilots are using to increase speed and decrease fuel. "During its speed record cruise across the Atlantic, BA112 traveled at a consistent Mach 0.86 or 86 percent of the speed of sound," FlightRadar24 said in its posting.
Renee Zellweger was crowned Best Actress at the Oscars on Sunday for her portrait of Hollywood legend Judy Garland in Judy, a biographical drama exploring the singer's personal and professional turmoil at the end of her life. It marked the second Oscar victory in four nominations for Zellweger, 50, a Texas-born performer whose immersion in the role of Garland also earned Golden Globe, Screen Actors Guild and Bafta awards. Taking the stage to accept her award, Zellweger saluted her fellow nominees in the best actress race - Cynthia Erivo for Harriet, Scarlett Johansson for Marriage Story, Charlize Theron for Bombshell, and Saoirse Ronan for Little Women. "I have to say it is an honour to be considered in your company," Zellweger said.
Microsoft co-founder and the world's second richest man Bill Gates has commissioned himself a futuristic superyacht called 'Aqua' that's powered entirely by liquid hydrogen -- meaning its only emission is water -- for Rs 4,600 crore. Gates is a regular superyacht holidaymaker but has not previously owned his own vessel and has preferred to rent during his summer trips. The plans of buying the superyacht were unveiled at the Monaco Yacht Show last year in December.
By anyone's standards, Julian Cope has had a remarkable career. Plenty of artists went from the post-punk indie underground to the pages of Smash Hits and the stages of Top of the Pops, but only Cope attempted to do it while existing on a diet largely comprised of LSD - with inevitably chaotic results. Later in the 80s, he went from being dismissed as a hopeless acid casualty - his record company, he recalls tonight, baulked at the release of his 1985 single Sunspots, not least because the chorus largely consisted of Cope vocally impersonating the noise of a car driving past - to a brief period as a mainstream rock star.