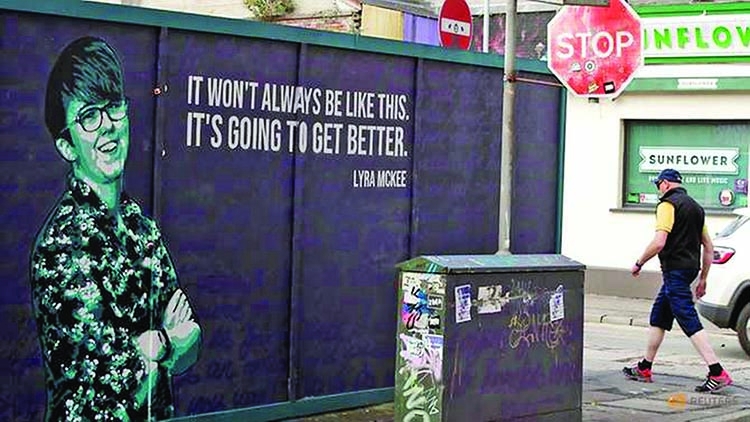 A mural depicting murdered journalist Lyra McKee is seen in Belfast, Northern Ireland September 6, 2019. -Reuters
Northern Irish police arrested four men on Tuesday under the Terrorism Act as part of investigation into murder of journalist Lyra McKee.McKee's killing in April 2019 by an Irish nationalist militant during a riot in the city sparked outrage in the province where a 1998 peace deal mostly ended three decades of sectarian violence.
"The arrests have been made under the Terrorism Act after the New IRA claimed responsibility for murdering Lyra," police said. The New IRA, one of a small number of groups that oppose the peace accord, said one of its members shot the 29-year-old reporter dead in the Creggan area of Londonderry when opening fire on police during a riot McKee was watching.
---AFP, Belfast