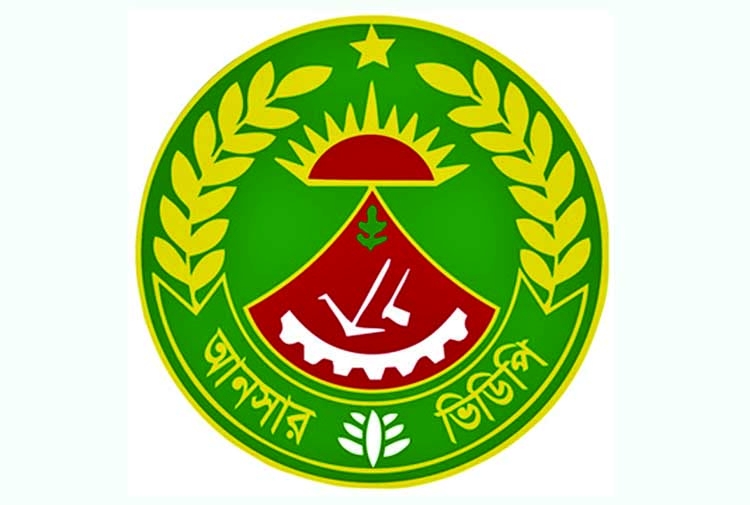 Bangladesh Ansar and Village Defence Party (VDP) will celebrate its 40th founding anniversary on Wednesday.Marking the day, the auxiliary force will also hold its national assembly amid day-long festivity.
The force was formed as the "East Pakistan Ansars" in line with the East Pakistan Ansars Act of 1948, and officially launched on February 12, 1948. On the occasion, President M Abdul Hamid and Prime Minister Sheikh Hasina today greeted the members of the Ansar and Village Defence Party (VDP). In separate messages, they wished success of all programs marking the national assembly and continuous progress of the force, reports BSS.
In his message, President Abdul Hamid said since its inception on February 12 in 1948, the Ansar force has been contributing to the country's socioeconomic development along with maintaining law and order.
At the beginning of the Liberation War, he said, about 40,000 rifles of the force were the arm-power of the struggle of independence. Recalling the contribution of the force to the 1952 Language Movement and the War of Liberation, he said a total of 670 members of this force embraced martyrdom during the War of Liberation in 1971.
The President said Ansar members have been playing an important role in ensuring the country's overall security and public safety since its inception.
In her message, Prime Minister Sheikh Hasina said the Ansar has a glorious role in the history of the country's Liberation War. This force plunged into the Liberation War in 1971 in response to the call of Father of the Nation Bangabandhu Sheikh Mujibur Rahman, she said, recalling that 12 members of Asnar force presented guard of honour to the chief of the country's provincial government at Meherpur Amrokanon on April 17, 1971.

Since its inception, the Ansar-DVP has been working to ensure security of public property and socioeconomic development, the Prime Minister said, adding that members of this force are discharging their duties during significance occasions of the nation.
Sheikh Hasina said the Ansar-DVP is an important partner of the country's development and progress, while the patriotism and sincerity of the largest disciplinary force is appreciable.