Ishita pairs up with Nisho in drama 'Keno' 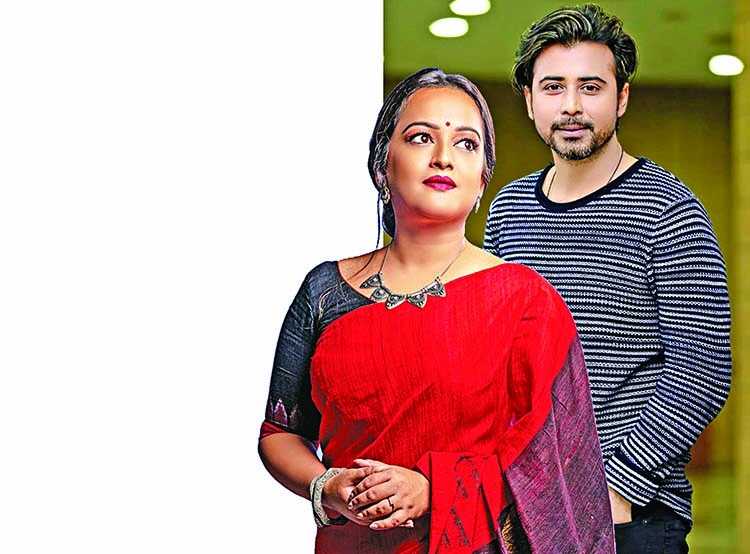 The nineties renowned actress Rumna Rashid Ishita acted in the drama 'Aguner Nona Jal' opposite to actress Riaz. After this, even though she worked in a song with her son Javir, she was not seen in any new drama. Recently, the actress worked in a new drama with the Valentine's Day nearing on the calendar.
The name of the drama is 'Keno'. In this drama, Ishita has paired up with the now popular actor Afran Nisho. It is directed by Mahmudur Rahman Himi. After a long time the actress is going to be seen working in a romantic story.  Ishita says, "I don't do regular dramas anymore. If I like the story then I try to act in a couple of dramas each year. I liked the story of the drama.
A very romantic story, here, Nisho is opposite me. I loved working in the drama. I hope the audience will like it too." Apart from Ishita-Nisho, there is another pair in the story, Tawseef Mahbub and Mehazabien. The drama will be released on Gaanchill's YouTube channel on the occasion of Valentine's Day.