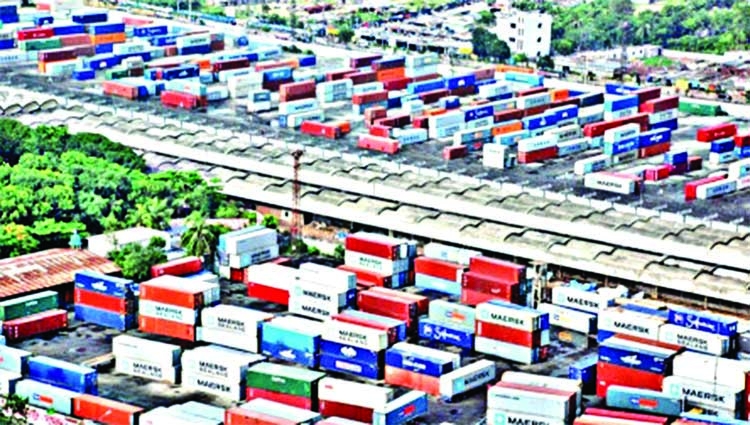 Revenue earnings of the Inland Container Depot (ICD) Kamalapur have marked a 35.86 percent rise in the first seven months of the fiscal 2019-20 compared to the same period of the preceding fiscal 2018-19.
Revenue collection at ICD Kamalapur soared to Taka 1,798.15 crore in the first seven months of the fiscal 2019-20 which was Taka 1,323.56 crore during the same period of the preceding fiscal.The seven-month revenue figure is also 16 percent higher than the strategic target of Taka 1,700.53 crore.
Talking to BSS, Commissioner of the ICD Customs House Md Anwar Hossain said ICD's revenue has increased this time due to the rise in the import of raw materials of industrial parts, especially motorcycles. He informed that the products of some important government institutions are released from this depot.
Moreover, the release of various essential commodities has also increased here, he added. For increasing the standard of ICD's services, he said, businessmen are coming to use the Customs House. So, revenue collection is increasing, he added.