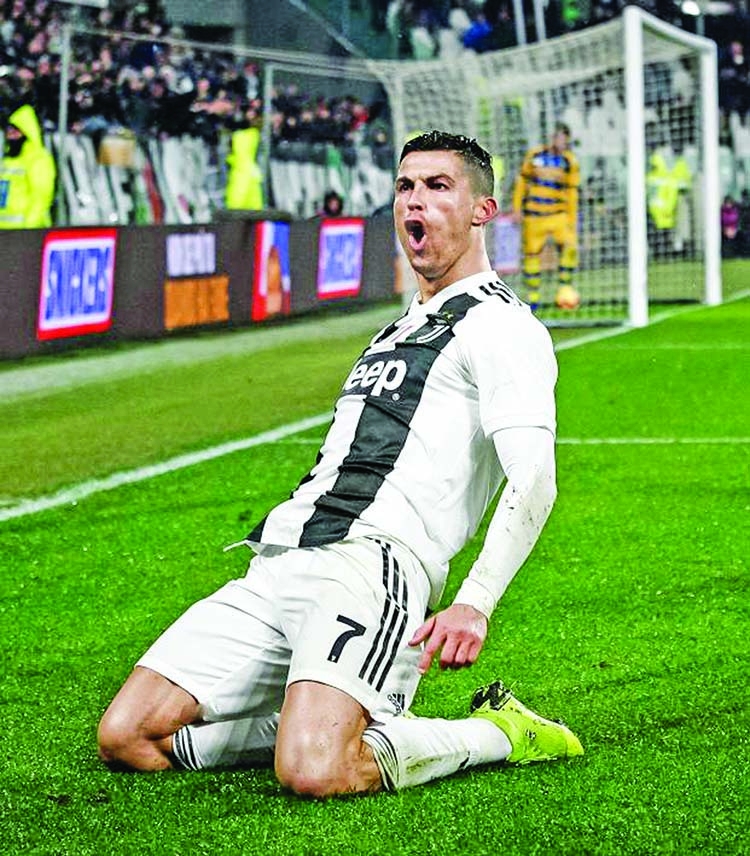 Cristiano Ronaldo and Zlatan Ibrahimovic are set to go head-to-head in Thursday's Italian Cup semi-final, first leg between Juventus and AC Milan at the San Siro. Both Ronaldo and Ibrahimovic scored at the weekend in defeats as Juventus fell 2-1 at Hellas Verona, while AC Milan threw away a two-goal lead in a 4-2 defeat by city rivals Inter.
"It wasn't the result we wanted," said the 35-year-old Ronaldo despite becoming the first Juventus player to score in 10 successive league games, just one game short of the Serie A record.
The five-time Ballon d'Or winner has scored 23 goals in all competitions this season. Ibrahimovic, 38, has scored three goals since returning to Milan last month. The Swede headed in the second goal on Sunday after setting up the first, but Inter hit back with four second-half strikes. 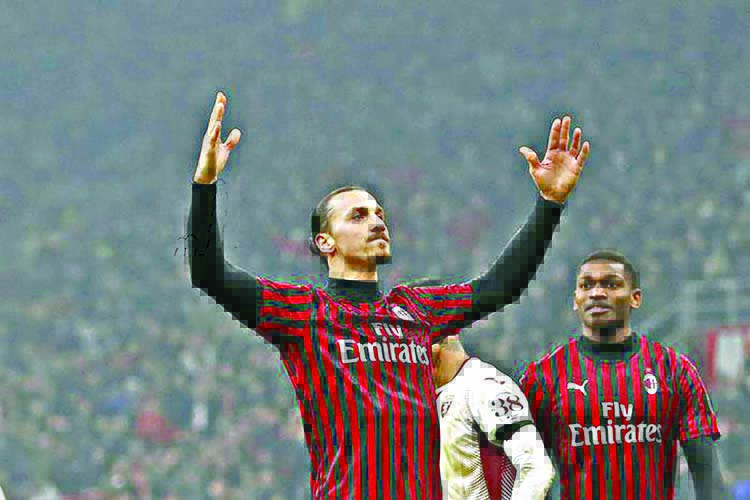 "I showed that I can still make a difference, even at 38," he said. But Inter striker Romelu Lukaku will be looking to upstage the two other former Manchester United players against Napoli in the other last-four first leg on Wednesday.
Gennaro Gattuso's Napoli, despite their current slump, ousted holders Lazio in the quarter-finals. "There's a new king in town," a jubilant Lukaku wrote on Twitter after scoring the fourth goal for Inter in Sunday's derby. "We run this town."
The Belgian was replying to Ibrahimovic's pre-derby post saying that "lions don't compare themselves to humans". Juventus coach Maurizio Sarri has reason to be worried by his side's away form, with the defending Serie A champions having lost their last two games on the road."I hope that someone will help me, it's something we have to resolve," Sarri said after the loss to Verona. "Right now we have a difference in performance between home and away."
Juventus are bidding to reclaim the trophy which they held for four seasons until losing to eventual runners-up Atalanta in the quarters last year. Antonio Conte's Inter are the only one of the four semi-finalists to win in Serie A at the weekend, with Napoli crashing to a 3-2 defeat by lowly Lecce.Inter's victory lifted them ahead of Juventus on goal difference at the top of the table, as they target their first Scudetto since 2010. The second-leg ties will take place on March 4 and 5.
--AFP, Milan