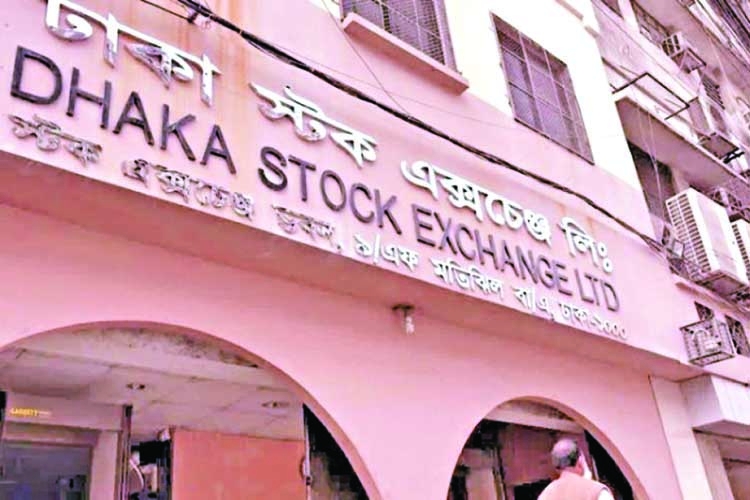 Buoyed by the government's decision on special bank funds, Bangladesh's stock markets have snapped a losing streak and the main indices jumped around 2 percent in a day.The DSEX of Dhaka Stock Exchange gained 86 points to 4,471 with a Tk 1.65 billion rise in turnover to Tk 5.05 billion on Tuesday.
On Chattogram Stock Exchange, the CASPI advanced 251 points to 13,632. Turnover nearly doubled to Tk 303.3 million. Share prices also increased. Out of the 356 shares and mutual funds traded on DSE, 296 gained, 40 declined and 20 remained unchanged.
As many as 252 shares and mutual funds changed hands on the CSE, with 202 of them enjoying a price rise, 28 suffered a drop while prices of 22 remained unchanged.After a massive slump in January, bourses briefly improved upon the intervention of Prime Minister Sheikh Hasina before petering out again.
On Monday, the government announced its plans to offer special liquidity benefit and policy support to banks as part of a long-term strategy to reinvigorate the stock market.Banks can now set up a 'special fund' of Tk 2 billion each to invest in the capital market beyond the regulatory spending cap.
The funds can be drawn from a bank's own resources, failing which it can borrow from Bangladesh Bank through treasury bill/treasury bond repurchase agreements or repos at a 5 percent rate.They can also use a combination of their own finances and credit from the central bank through repos to set up the fund. The provision will remain effective for five years until February, 2025.