Akbar to captain U19 World Cup Team of the Tournament 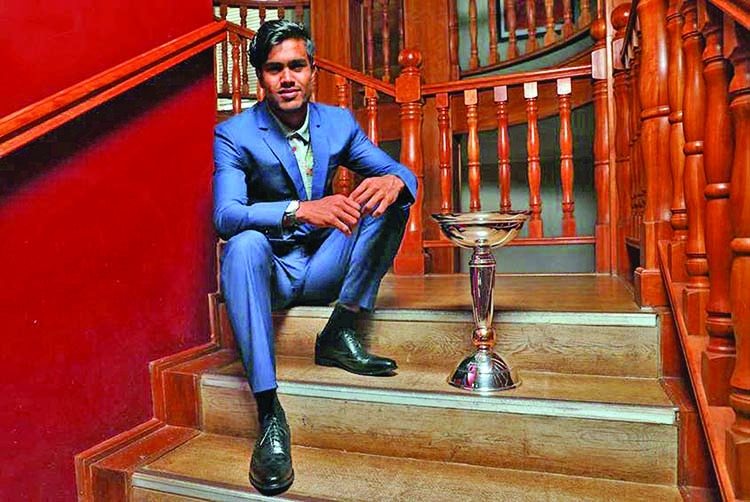 After a thrilling three weeks of competition, Bangladesh claimed their first ICC U19 Cricket World Cup title with victory over reigning champions India in the final in Potchefstroom. The Tigers won a rain-affected final, chasing down India's 177 to win by three wickets by the DLS method, suitably capping off a thrilling tournament in South Africa.
The official team of the tournament features representatives from six sides and is skippered by Bangladesh Captain Akbar Ali, with the likes of Bangladesh middle order batsmen Shahadat Hossain and Mahmudul Hasan Joy also included.
Mahmudal Hasan Joy scored 184 runs at an average of 46 to prove a crucial linchpin in the Tigers' line-up. But it was one innings in particular that sealed his place in this side, as a clutch century in Bangladesh's Super League semi-final triumph over New Zealand helped to pave the way to glory.
Joy's teammate Shahadat Hossain boasted a tournament-ending average to rival only Jaiswal's. With three not-outs in his six innings, his 131 runs averaged out at a staggering 131. The side's captain Akbar led his nation to a maiden title, much to the joys of their travelling support in Potchefstroom.