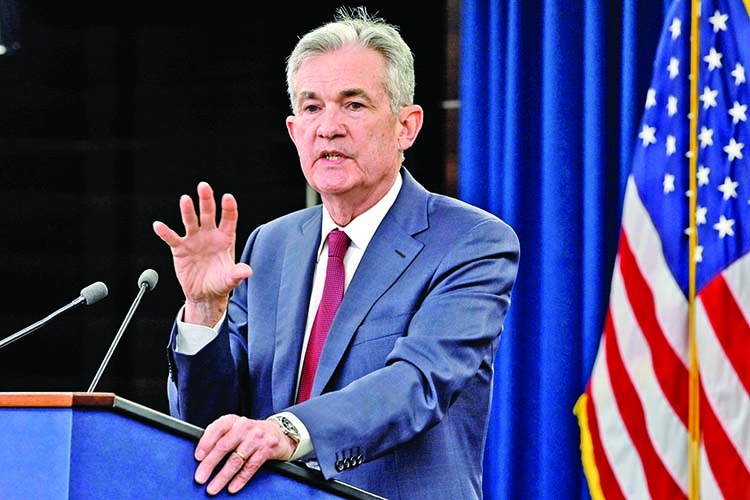 Federal Reserve Chair Jerome Powell
Federal Reserve Chair Jerome Powell is likely to sound fairly upbeat about the outlook for U.S. economic growth when he testifies this week in the first of his twice-a-year updates to Congress, even as he nods to the potential threat from the coronavirus in China.
That assessment would echo the formal report the Fed submitted to the U.S. Congress on Friday, which repeated the central bank's view that its current target range for short-term borrowing costs, between 1.5% and 1.75%, is "appropriate" to keep the expansion on track.
Not just the message will be familiar; Powell will also be addressing a familiar crowd. His calendars show he has talked privately with most of the lawmakers set to publicly grill him this week.
Indeed Powell has made lawmaker outreach a signature feature of his tenure. In just two years on the job, he has spent about 96 hours in private meetings, phone calls, group meals or study sessions with senators and members of the House of Representatives.
That compares with 77 hours for his predecessor, Janet Yellen, over her four years as Fed chair. With risks like trade policy uncertainty receding, Powell has signaled he sees no reason to adjust U.S. interest rates unless there is a "material" change to the current outlook.
That's a view he is likely to reiterate when he presents the Fed's monetary policy report on Tuesday to the House Financial Services Committee and on Wednesday to the Senate Banking Committee.
"His message will probably be that, if rate cuts are coming, they would come solely in response to global disruptions associated with the virus," said Robert Perli, an economist at Cornerstone Macro. "He will likely say clearly that the U.S. economy is inherently healthy."
Investors will be watching carefully for any new details on the Fed's plans for its balance sheet and for the short-term funding markets into which it has been pumping liquidity to prevent a repeat of an unexpected spike in the policy rate last fall. A letter some Democratic U.S. senators sent last week to Powell on the steps the Fed is taking suggests Powell could be in for some pointed questions on the subject.
--Reuters