How virus is impacting Asia's cruises and passengers 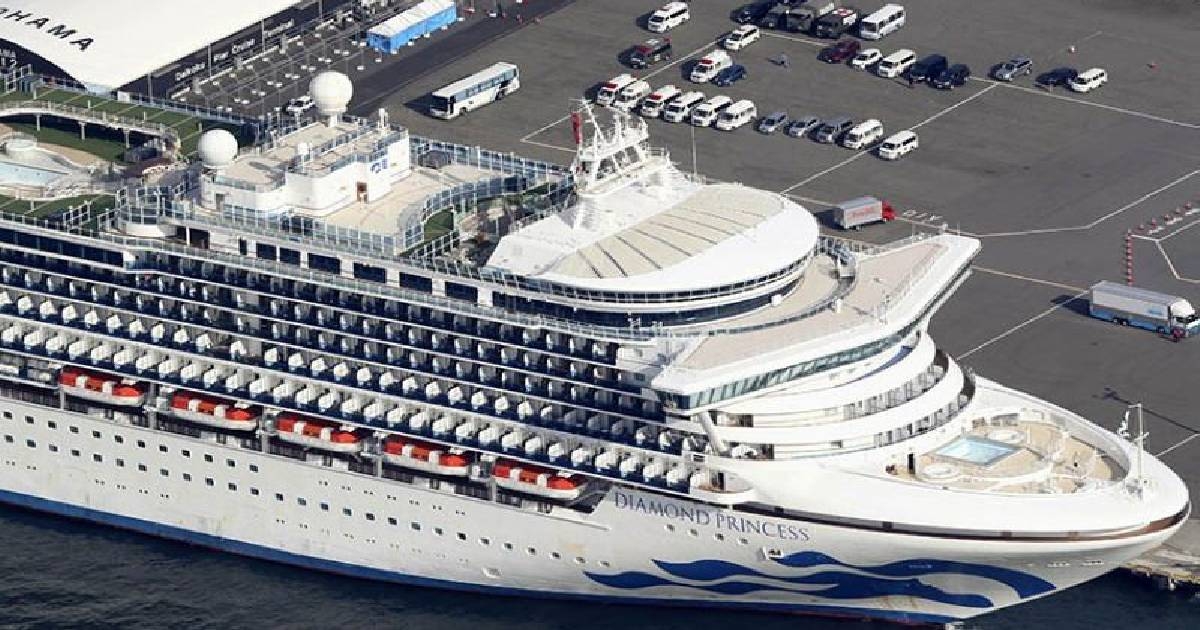 A new viral outbreak is wreaking havoc on cruises in Asia, where some passengers are stranded aboard ships and others can't leave China.
Japan's health ministry has confirmed 174 cases of the COVID-19 virus aboard Carnival Corp.'s Diamond Princess, which is docked in Yokohama, Japan. The ship that carried 3,700 passengers and crew into Japan is expected to remain under quarantine until at least Feb. 19.
Meanwhile, Holland America's Westerdam — which says it has no confirmed cases of the virus — is floating in the Gulf of Thailand with nowhere to dock. The ship's 2,257 passengers and crew had expected to disembark in Thailand on Thursday, but Thai authorities say the ship isn't welcome. Japan, Taiwan and the Philippines have also refused to let the ship dock because it made a stop in Hong Kong less than two weeks ago.
Here are some questions and answers about the virus's impact on the cruise industry and passengers:
HOW MANY CRUISE SHIPS ARE IN ASIA RIGHT NOW?
The Cruise Lines International Association — which represents around 90% of global cruise capacity — says around 10 of its 272 member ships are currently in Asia. Only the Diamond Princess has confirmed cases of virus, the association said. Six of the 10 ships have cancelled their itineraries for now, including Royal Caribbean's Spectrum of the Seas and MSC's Splendida.
HAVE ANY SHIPS BEEN ALLOWED TO LET PASSENGERS OFF?
Yes. On Sunday, Dream Cruises said passengers on its World Dream were cleared to disembark in Hong Kong after screenings found no positive tests for the virus. The ship had arrived in Hong Kong four days earlier. In Italy, more than 6,600 passengers and crew were allowed to disembark from Carnival's Costa Smeralda on Jan. 31 after a Chinese passenger was found to have the flu and not the virus.
ARE CRUISE SHIPS BANNING SOME PASSENGERS FROM BOARDING?
Yes. Policies vary, but in general, cruise companies won't allow passengers or crew to board if they have visited, traveled from or passed through airports in China, Hong Kong and Macau within a certain time period — usually 14 days or 30 days. They also aren't allowing people to board if they have been in close contact with someone with the virus. Royal Caribbean was banning all passengers with passports from China, Hong Kong and Macau, but the company lifted that ban Monday. Norwegian Cruise Lines is still banning passengers who hold those passports.
IS A QUARANTINE THE BEST WAY TO HANDLE A VIRAL OUTBREAK ON A CRUISE?
According to Tara Smith, a professor who researches infectious diseases at Kent State University's College of Public Health, a hospital — not a ship — is the best place to keep people quarantined. The Diamond Princess may have already had environmental contamination when the quarantine began, which puts passengers and crew at risk of further transmission. "I think this was done without a lot of thought to consequences of ongoing transmission within the ship and the mental health of the passengers," Smith said.
WHAT OTHER PRECAUTIONS ARE CRUISE LINES TAKING?
Cruise lines are scanning the temperatures of passengers and crew and having them complete questionnaires before they board any ship. MSC says it's conducting elevated deep-cleaning on its ships; Royal Caribbean also says it has stepped up cleaning of its ships and air filtration systems.
CAN PASSENGERS CATCH THE VIRUS THROUGH THE VENTILATION SYSTEMS?
Japanese health ministry official Masami Sakoi said the cabins on the Diamond Princess have separate air-conditioning systems, so guests aren't sharing the same air. "We do not consider the air-conditioning system as the cause of spreading infections," he said.
WHAT IS LIFE LIKE FOR PASSENGERS ABOARD THESE SHIPS?
Christina Kerby, a communications director with a health care company in San Francisco, struck an upbeat tone in her Twitter posts aboard the Westerdam. She says the ship is holding spin classes, magic shows and towel-folding demonstrations. But she expressed regret when Philippine crew members couldn't disembark in Manila to see their families, as they'd hoped. The situation is more grim aboard the Diamond Princess, where those under quarantine watched as officials in hazmat suits carried off sick passengers. Passenger David Abel has described the ship as a "floating prison."
WHEN WILL CRUISE OPERATIONS RETURN TO NORMAL?
That's unclear. Royal Caribbean has cancelled eight China sailings through March 4. Princess Cruises has cancelled 12 cruises through March 20. Holland America said it's weighing port restrictions in Asia before deciding on a cruise scheduled to leave Yokohama on Feb. 28. Norwegian Cruise Lines has canceled scheduled Asian cruises on the Norwegian Spirit through Dec. 7. In some cases, cruises are being rerouted. Norwegian said a 24-day cruise leaving South Africa on March 22 that was supposed to end in Singapore will now last 27 days and end in Greece, for example.
HOW MUCH WILL THIS IMPACT CRUISE COMPANIES?
Asia is not yet a major destination for cruises. This year, around 10% of cruise ships worldwide were scheduled to be deployed to Asia, according to Cruise Lines International Association. That's down slightly from 2017, and compares to 32% deployed to the Caribbean and 28% to Europe and the Mediterranean.
The virus may not have much impact on cruise bookings outside of Asia, says UBS analyst Robin Farley. Past experience shows that concerns about viruses usually remain regional, she said.
Cruise companies could be hurt by lower passenger volumes coming out of Asia, however. The association said its members expected 4.2 million passengers from Asia this year, or 12.5% of all passengers. That would be up from 3.4 million in 2016.
But even if 2020 passenger volumes from Asia are lower than expected, they can recover quickly. In 2015, a viral outbreak in Korea hurt demand for cruises from China. But by 2016, Korea was once again a top destination for Chinese travelers, Farley said.