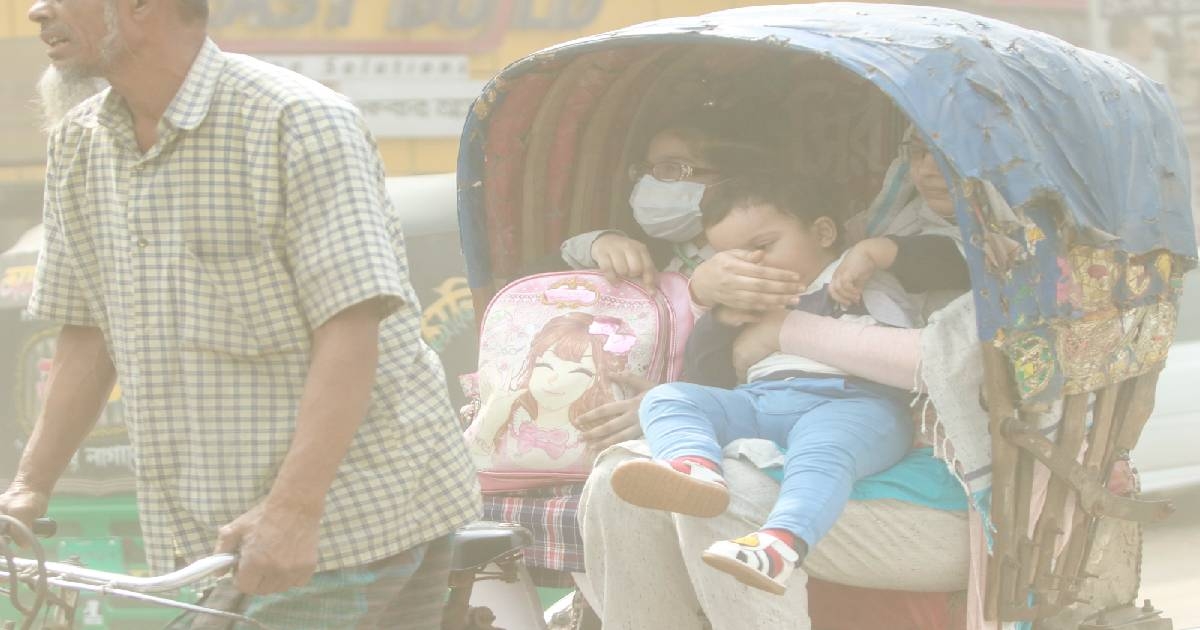 Bangladesh capital Dhaka always grapples with air pollution. The situation turns acute in winter.  The pollution level in the capital reached its extreme level due to uncontrolled discharge of dust from construction works and road digging, posing serious health risks to the city dwellers.
Let’s have a look at the capital's air pollution in pictures. The photos were taken from Banasree of Rampura on Tuesday.
Children wore masks on their way to school on a van. They have to pass the area regularly amid dense smog. Here, the van-puller also wore a mask.
Vehicles are plying roads amid thick haze. Sometimes, they become partially invisible as thick smog shroud the entire area.
A minor girl trying to save herself from the thick haze putting her mother’s scarf in front of her face. The mother is also doing the same.
A man along with his wife and child riding a motorcycle towards the destination. The child is struggling to open his eyes due to dense smog while the mother is trying to save herself from inhaling dust by putting the scarf on face.