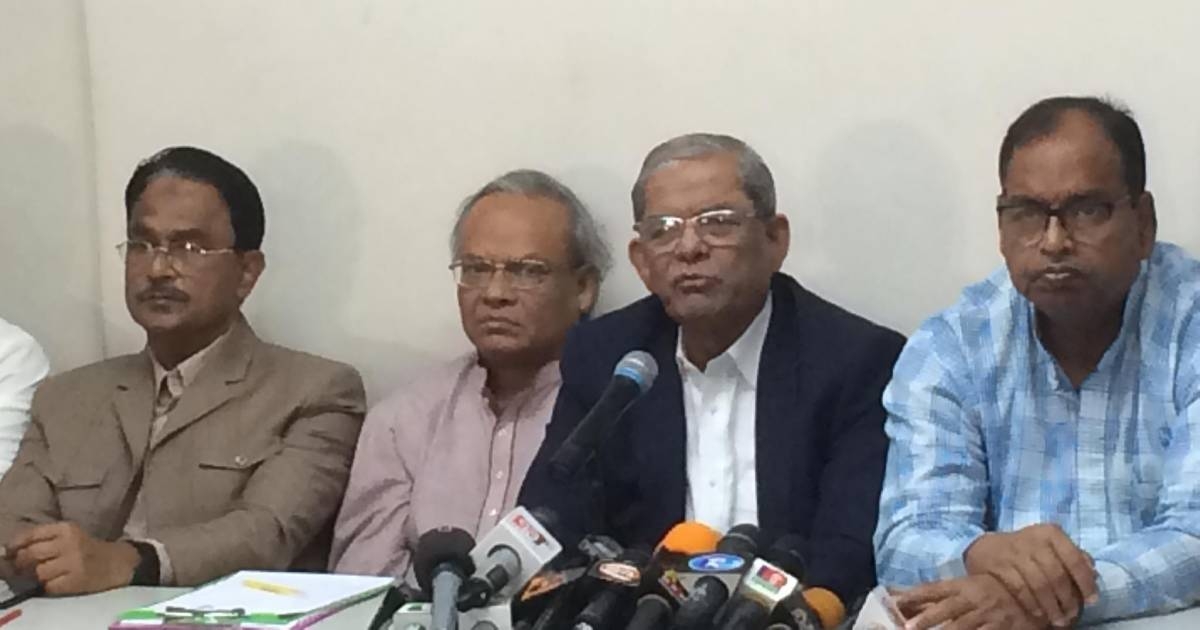 As part of the party’s countrywide demonstration programme, BNP will take out a procession in the capital on Saturday demanding its Chairperson Khaleda Zia’s release from jail.
The decision was taken at a joint meeting of BNP and its associate bodies at the party’s Nayapaltan central office.
After the meeting, BNP Secretary General Mirza Fakhrul Islam Alamgir announced the programme at a press conference.
He said they will bring out the procession from their Nayapaltan central office at 2pm on Saturday and it will end at the Jatiya Press Club.
Asked whether they got permission from police for their planned procession, Fakhrul said, “No permission is needed for holding such a programme. We’ll only inform them about the programme.”
He called upon people to make their programme a success with their spontaneous participation.
“We urge people to take part in the procession to register their protest in a peaceful manner, and thus accelerate the process of our leaders’ (Khaleda’s) release from jail,” the BNP leader said.
Earlier on February 8, Fakhrul announced that their party would stage demonstrations across the country on Saturday to push for their demand to have Khaleda freed.
Khaleda has been in jail since she was convicted in the Zia Orphanage Trust corruption case on February 8, 2018. She was found guilty in another corruption case later the same year, though her party claims both cases are politically motivated.
The BNP chief has been receiving treatment at the BSMMU since April 1 last year.