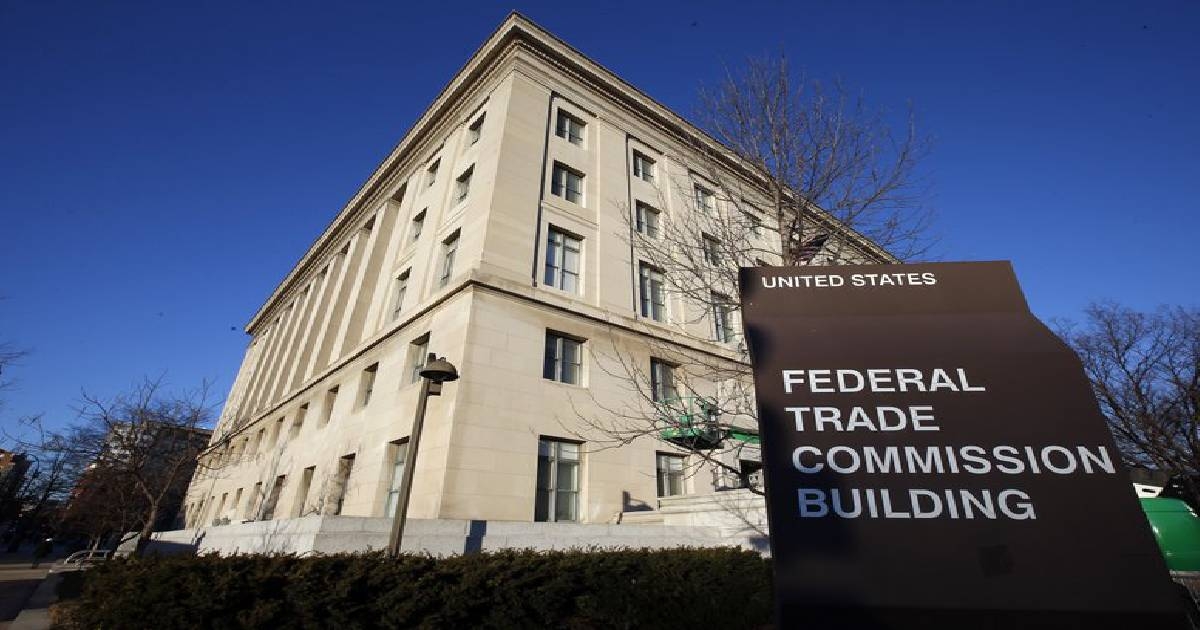 Federal regulators are ramping up their investigation of the market dominance of giant tech companies, demanding detailed information on five companies' acquisitions of smaller firms back to 2010.
The Federal Trade Commission announced the move Tuesday, issuing orders to Facebook, Amazon, Apple, Microsoft and Google's parent Alphabet Inc. Hundreds of takeovers of smaller companies are involved.
FTC Chairman Joseph Simons said that as a result of the review, the government may require tech giants to unwind earlier acquisitions and divest their assets if it found violations of antitrust law.
"All of our options are on the table," Simons said in a conference call with reporters. "If there are some transactions that are problematic, then we have that opportunity and that ability to go back and challenge" them.
Short of requiring divesting pieces of companies, other options could include putting assets into a separate company unit or mandating changes in how the companies conduct business, Simons said.
The focus of the review is on acquisitions with a smaller value, about $100 million or less, that didn't trigger government reporting requirements for the companies. But Simons said the regulators are interested in tech industry mergers of all sizes. The FTC staff also will look into whether companies may have manipulated the value of some acquisitions to evade the reporting requirements, he said.
The FTC, the Justice Department and a House committee have been investigating the conduct of Facebook, Google, Amazon and Apple, and whether they aggressively bought smaller potential rivals to suppress competition and hurt consumers. Some critics have pointed to Facebook's acquisition of Instagram and WhatsApp, for example, as deals that should be questioned.
The popular messaging services are among some 70 companies that Facebook has acquired over the past 15 years or so, giving it what critics say is massive market power that has enabled it to snuff out competition.
The five FTC commissioners voted unanimously to issue the so-called special orders to the tech companies. The agency is asking the companies for information and documents on the terms, scope, structure and purpose of acquisitions made between Jan. 1, 2010 and Dec. 31, 2019.
A Republican commissioner, Christine Wilson, and a Democrat, Rohit Chopra, said in a separate statement that they supported the demand for information on the companies' previous acquisitions. But they said the agency also should study how tech companies' targeted advertising practices affect the collection, use and sharing of consumers' personal data.
Google faced antitrust scrutiny more than a decade ago over its acquisition of DoubleClick, a competitor in digital advertising.
Apart from the government and congressional investigations, state attorneys general from both political parties are conducting antitrust probes of Google and Facebook. In the Google investigation, the attorneys general have asked the company for internal documents related to how it sells ads and tracks the behavior of people who use its search engine and other products.
Microsoft said Tuesday it looks forward to working with the FTC to answer its questions. A spokesman for Facebook declined comment on the FTC action. Spokesmen for Google and Amazon said the companies had no immediate comment; an Apple spokesman didn't immediately respond to a request for comment.
Facebook, Google, Amazon and Apple have said they'll fully cooperate with the antitrust investigations by the government and Congress. In congressional testimony, their executives have pushed back against accusations that they operate as monopolies, laying out ways in which they say they compete fairly yet vigorously against rivals in the marketplace.
Rep. David Cicilline, D-R.I., the chair of the House Judiciary subcommittee on antitrust who is leading the panel's probe, called the FTC's new action "an important step in correcting the decades of inaction by antitrust enforcement agencies that have led to consolidation in the digital marketplace and across almost all sectors of our economy."
Cicilline has said that Congress and antitrust regulators wrongly allowed the big tech companies to regulate themselves, enabling them to operate out of control, dominating the internet and choking off online innovation and entrepreneurship. He has suggested that legislative changes may be needed, though he has called breaking up the companies a last resort.