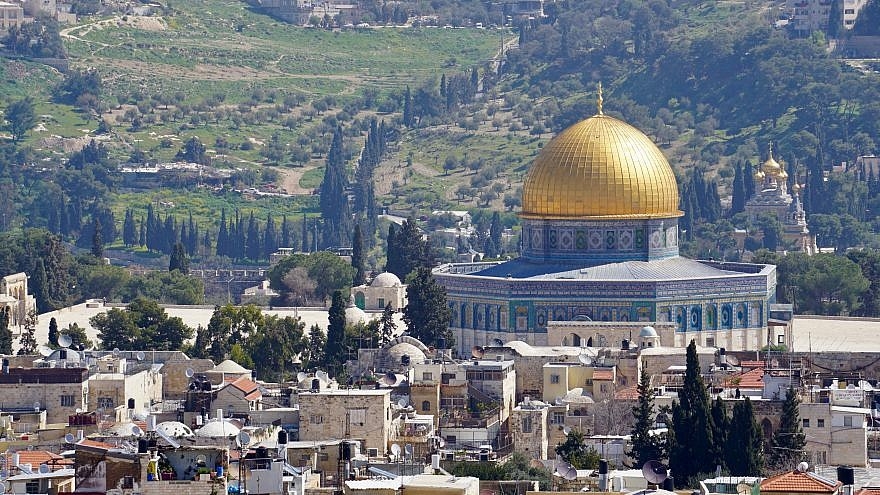 Morocco rejects all attempts to 'Judaize' Jerusalem, known in Arabic as Al-Quds, said a handout released by the Moroccan Embassy in Dhaka on Wednesday.
Morocco’s Head of Government Saadeddine El Othamani mentioned that this is the position adopted by the Moroccan diplomacy, which was expressed by the Minister of foreign affairs and reaffirmed by Morocco during the extraordinary session of the Council of the Arab League and the extraordinary ministerial meeting of the Organization of Islamic Cooperation (OIC), said the handout.
The Moroccan head of government underlined, in particular, the importance of a Palestinian state with East Jerusalem as its capital.
El Othamani explained that the Moroccan government’s position regarding US President Donald Trump’s “peace plan” for Israel and Palestine is rooted in Morocco’s “constant values” on the Palestine question.
The position of the Moroccan Government regarding the “deal of the century” is based on the constant values of the Kingdom, King, Government, and people in dealing with the Palestinian issue and supporting the Palestinian people to recover their rights, he maintained.
Morocco’s stance, he noted, is in line with the Arab League’s decision to reject “the deal of the century.”
Morocco’s position reiterates its constant values as well as its support for the Palestinian people, El Othmani continued.
He maintained that the Moroccan position was “very much appreciated by the Palestinian side, in all its components.”
Morocco’s position is “clear and consistent,” the top official of the kingdom concluded.
The handout further mentioned that the  Palestinian ambassador in Rabat, Jamal Choubki, commended Morocco’s support for the Palestinian cause against what the US government has described as a “plan for peace.”