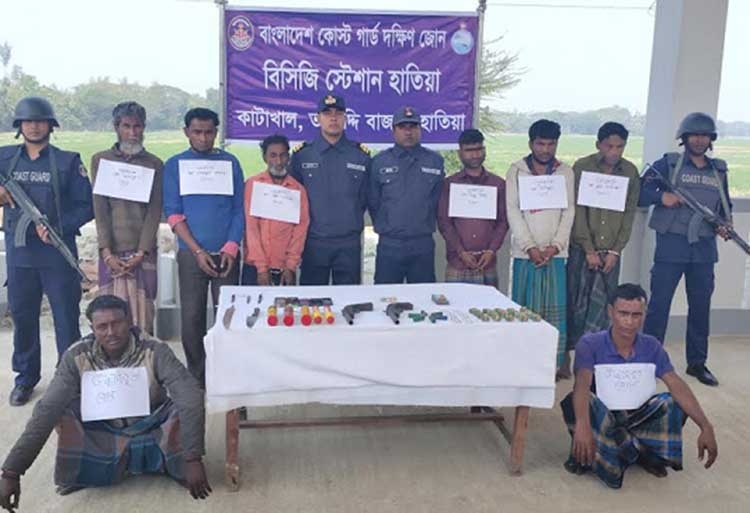 Personnel of Bangladesh Coast Guard (BCG) pose for photo with the six pirates after their arrest. -AA
Two fishermen, who were abducted on Tuesday from Hatia Island, freed on Wednesday from the Meghna river by the members of Bangladesh Coast Guard (BCG).
Station Commander Lieutenant Biswajit Barua said the fishermen- Abdur Rahim, 35, and Anowar Hossain Badsha- were abducted yesterday from Urirchar area in the Meghna river. They are the inhabitants of Sadar upazila of the district.
During the drive, the Coast Guard personnel conducted a raid in Azhar Member Ghat area this morning and arrested six pirates with two firearms, six rounds of bullets, five rocket launchers, hand bombs, anesthetic medicines and knives.
The detained persons were handed over to the Hatia Thana police on Wednesday.